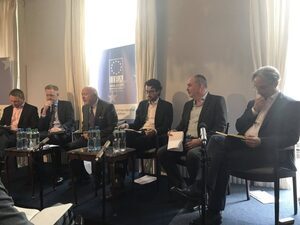 At a media seminar on Brexit organised by the Institute of International and European Affairs (IIEA), chaired by Conor Brady.

“We do have an issue of gender balance up here,” notes Conor Brady as he introduces media editors panel at @iiea Brexit seminar…

“We need a far greater ability to try & understand motivations of key players in order to correctly assess what is going on” @SebFHamilton pic.twitter.com/HQpbxQ5Xbc

IT’s Paul O’Neill pointed out that #Brexit is a divorce but so far too much concentration on one side and not enough on EU. @iiea. 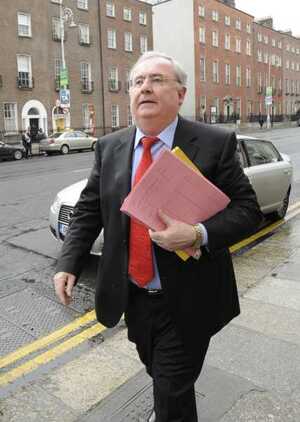 A footnote to yesterday’s ‘there is no plan’ story.

Almost all of the speakers asked Mr Rabbitte if there was anything the Government could do to bring an end to what they felt was a continuous cycle of negative media coverage, particularly in national newspapers.