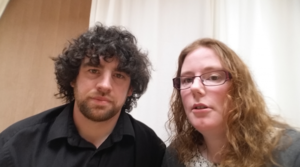 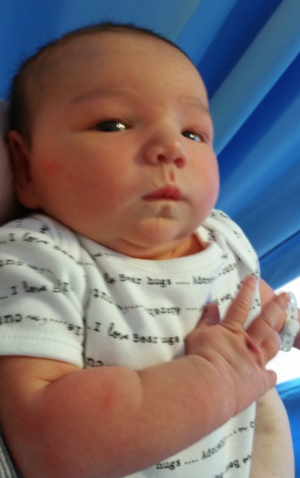 John and Louise Wills and their late daughter Eibhlín

John and Louise Wills, whose baby daughter Eibhlín died aged just 12 days from the common cold sore virus, have called for increased awareness and policy changes to prevent such a tragic and devastating experience happening to other parents.

“We are sharing our story in Eibhlín’s memory so we can create awareness about the dangers of cold sores and newborn babies. We want all parents, parents-to-be and any medical staff working with them to be made aware of the risks so no one else ever has to face what we have gone through” said John.

John and Louise have created a website in Eibhlín’s memory which they are asking the public to support and share.

Born in November 2015, by an emergency C-Section in The National Maternity Hospital, Eibhlín weighed a healthy 7lb 11oz. After birth she was sent to the Neonatal Intensive Care Unit as a precautionary measure, as she had become a little distressed prior to delivery but, after five nights in hospital, she came home.

Initially, all appeared well and she had a high level of alertness for a young baby.

A few days later, she was a little out of sorts but by the following morning she was back sleeping well.

As that day went on, she seemed a bit congested but there was no cause for alarm until 11pm that night, when her colour suddenly changed and she became listless.

John and Louise headed frantically to Tallaght A&E where, upon arrival, Eibhlín was immediately taken in and a crash team called.

Tragically, Eibhlín was pronounced dead at 1:09am a week to the day since she had come home from hospital.

Following a post-mortem, the cause of death was identified as the Herpes Simplex Virus 1 (HSV-1) which is more commonly known as the Cold Sore Virus.

In Eibhlín’s case it was Disseminated Neonatal Herpes Simplex Virus 1, which incubates for a time and results in multiple organ failure but there are no symptoms until it is too late.

While this type of death is rare it is even rarer in Eibhlín’s case as 90% of these infections come from the mother. Louise has been tested and found not to have carried the virus.

“Eibhlín contracted the virus postnatally and, although we may never know from whom or exactly when it happened, we know from tests that the virus was already in her system when she came home from the maternity hospital with us,” said Louise.

Since Eibhlín’s death, John and Louise have discovered that acquiring accurate statistics on newborn babies with the cold sore virus in Ireland is difficult.

This is, in part, due to the fact that neonatal herpes is not a notifiable disease in this country. They hope this will change in the future and will be calling for the Minister for Health to make this a reality.

Louise recalls that she and John were in total shock when they realised that such a common virus as a cold sore caused their daughter’s death, and horrified at the lack of information available.

“In Eibhlín’s legacy we now want to ensure the general public is aware how lethal a cold sore can be to a newborn baby,” she said.

In order to create greater public and professional awareness and education John and Louise’s aims are as follows:

· To provide an information leaflet with Eibhlín’s story and website details in the welcome packs issued to mothers-to-be in Ireland’s maternity hospitals
· To ensure that Eibhlín’s story is mentioned in the ante natal classes
· To place information posters in clinics
· To remind visitors to mums and babies not to visit if they have a current cold sore
· To provide more information to student midwives/ nurses/ healthcare workers
· To ensure consultants include Herpes Simplex Virus and Eibhlín’s story in lectures/ educational forums
· To encourage GPs to discuss the virus with expectant mothers, and after the birth of their baby, to be mindful if they or close family and friends suffer from cold sores.
· To place posters and/or leaflets in GP surgeries

They also aim to encourage maternity hospitals to include a specific infection protocol that applies to any staff member with active Herpes Simplex Virus working with newborn babies and to ensure Infection Control sections of maternity hospital websites provide relevant information for patients and visitors.

In addition, John and Louise spoke to Keelin Shanley on RTÉ’s Today with Seán O’Rourke about what happened to Eibhlín.