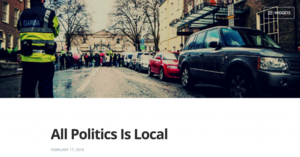 From their first despatch…

During this past government term Galway merits special distinction for making headlines around the world after Savita Halappanavar, a local dentist, was left to die. When the news broke that November morning I brought coffee to a solitary protester who made a dignified and defiant stand at the entrance throughout the day. We exchanged few words having few of comprehension but understood well enough. We will never forget Savita in Galway.

Another woman was buried just this week, having been found in Merlin Woods after a seven day search. This follows a young woman who was recovered from the docks two weeks ago having met the river the night before. The sound of the RNLI helicopter has become grimly familiar to everyone. Its drone heard all hours of the night and day.

“Tragic circumstances” have become so routine as to soften traditionally austere hearts. We have reached the point when burly pub security men sincerely bid you “safe home” as you pass their door into the night. They are very often the last ones to see people alive. The back of a bouncer’s head now a regular cameo on desperate grainy CCTV footage.

The decent generosity and cooperation of community in these agonising moments is unrecognisable from a world that leaves people feeling so isolated to begin with. It is difficult for me to reconcile the two.

Galway has always been a town of blow-ins and transients but behind the statistics we are familiar with, it is frightening to see how the place has been hollowed out.

…Welcome to the new Oireachtas Retort site. A gloomy start perhaps but we might find something to cheer about soon.

All Politics Is Local (Oireachtas Retort)

Previously: ‘I Have Six Years Of Extensive Notes’