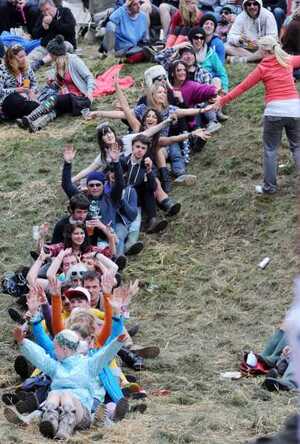 It was a little bit special.

Oh the lord. That was so much fun. I’d still be down there if I had my way – being carried out stuck to a picnic table like that woman in the Crunchy Nut ad of old. I missed a few Picnics cos I was at Burning Man and only went for the Sunday night last year, which was cold and not that much fun for me, hence I didn’t really have that many expectations this year.

A lot of the people I normally see down there weren’t going cos they were Picnic’d out – shame on them…but as it turned out, it was my favourite one yet. The summer was so shite, so it was such a welcome relief. The weather was fantastic and it didn’t rain once, which it has done every other day since April.

The organisers just put on such a special show. I also hung out with the best people, which is what makes a festival great. It restored my faith in good times, which have been few and far between lately. Anyways I’ve put together a summary of my favourite bits and some other bits, while they are still clear in my head, which is in surprisingly good shape today.

The Salty Dog
It was rockin. I went to see The Camembert Quartet there on Saturday afternoon and they played their best gig ever. The band, who are the official Late Late show band performed a few classics like Batterburger and Boybands are C**nts. I also loved Tierannisisaur, who played on the Saturday night. The seven-piece band performed some really funky, housy music with loads of people singing and they just created the best buzz and some of the best tunes at the Picnic. That said I didn’t get to hear as much as I’d like to have. But that’s always the way.

Orbital
My absolute highlight of the entire Olympics was seeing Orbital perform ‘Where Is It Going’ at the Paralympics Opening Ceremony with Stephen Hawking, which morphed into ‘Spasticus Autisticus’ with Ian Dury and back again. It was just mind-blowingly brilliant so I knew Orbital were going to tear this Picnic a new one. And they did especially when they played that song. It was too much. I didn’t want them to stop! It reminded me of how much fun one can have in life.

The Cure
Poor aul Robert Smith. He looks like he was floating upside down in a the river Suir, before he was dragged out, turned upside down, blow-dried and backcombed, powdered and then had lipstick smeared across his face. As someone pointed out, you can’t put lipstick on a pig. Love Cats should be called ‘Trans Fats.’ I know that’s bold… I guess he’s just too old and fat for drainpipes. I was probably into Climie Fisher or something when everyone was into the Cure- and dressed like them, which I never got…so nostalgia wasn’t really a big thing for me. They played a few good tunes, even though everyone moaned that 3 hours was too long- to them I say- go elsewhere, there are plenty of other acts on!

The Strypes
I got the bus to Portlaoise, cos I refused to queue for an hour and pay €30 quid for the Picnic bus and hitched a ride of these lovely people, who then told me that their kids were in a band called The Strypes playing at the Trailer Park. They’re a bunch of young lads from Cavan- only 15 years of age and they were amazing. Everyone was talking about them when I got to the Picnic, saying they were going to be huge. I’m not surprised. They had already appeared on the Late Late toy show and were doing the rounds.

Mindfield
There was so much on at the Minefield area with lots of banter, political cabaret, speed debating, great interviews, Sunday papers reviews, discussions and much interaction and fun with David McWilliams, Paddy Cullivan, Ryan Tubridy, Miriam O’Callaghan and loads more. Again I didn’t see enough of it, but again sure you can’t do and see ev’thing.

The crowd
Were brilliant. Last year I just didn’t get the same buzz, maybe because everyone was frozen because it was sooo cold or I just met the wrong ones, or whatever, so this year reminded me of what a great people you meet at the Picnic. Everyone was really great craic and funny and nice. I didn’t hear of anyone getting robbed or any badness, which is great.

The Security
I was worried they could ruin our fun. In fact I heard they just bulldozed the Body and Soul area on Sunday night, when everyone was there enjoying a really nice vibe. Some stupid cow at the entrance gate also wouldn’t let me in with my camera. Imagine the cheek of me wanting to go to the Picnic and take loads of photos. How terrible. She was adamant. Obviously I went up to a security chap and he let me in. The ogress blew a gasket and attacked him for undermining her. Wench. She had one of those faces you’d want to slap. The guys at the gate were a bit precious about the wrist bands too (I’m still wearing mine?) – feeling the need to pull them down your hand as far as possible to make sure they weren’t too loose.

Bad things.
Can’t really think of any. I didn’t’ have to deal with any traffic jams, cos I went down on the Saturday. The food was nice, got loads of booze long into the night; there was no messin and generally just good stuff. Wasn’t too sure about the main stage on Sunday night. I always like a bit of aforementioned tunes, so the Killers didn’t cut it for me. I even came home with 2 boxes of fags from the seven I brought down in anticipation of everyone running out.

Unfortunately I didn’t really get to hang out at the Bacardi Bar, the Heineken Bar or Body and Soul this year, or the area in the middle of the Picnic where they have all the food stalls and stuff- I call it Electric Picnic’s equivalent of Dorset Street. The Gramophone bar was a bit of craic on the Sunday, but I really wanted to go to the rave in the forest which didn’t transpire, which in hindsight annoys me as I’m sure it would have satisfied my requirement for dance music, which I didn’t get enough of this weekend…due to my own doing.

I also missed Lee Scratch Perry, the Roots, Donal Dineen, Pat Murphy etc.. who I was going to see on pain of death…so I could have done with another few days down there. But there you have it. I also came home with 25 bars of chocolate, several muffins and a two-liter bottle of milk, which were given to me when they were clearing out the Mindfield area. The Picnic restored my faith in fun and as a friend of mine surmised perfectly ‘It was just great to get out of the house.’ 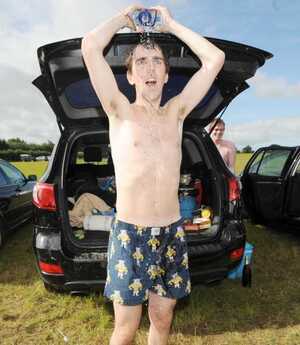 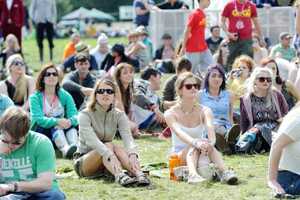 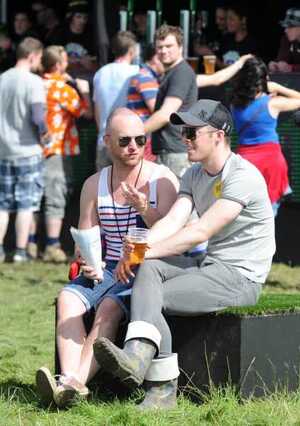 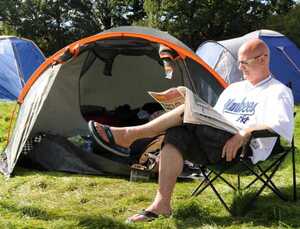 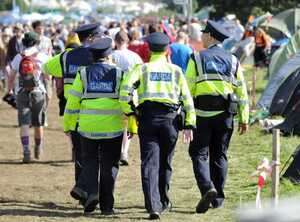 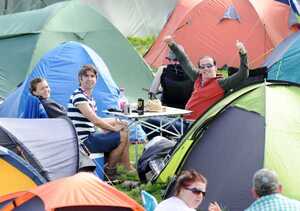 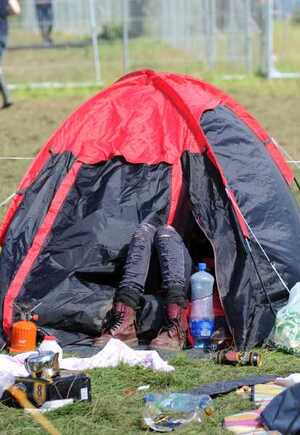 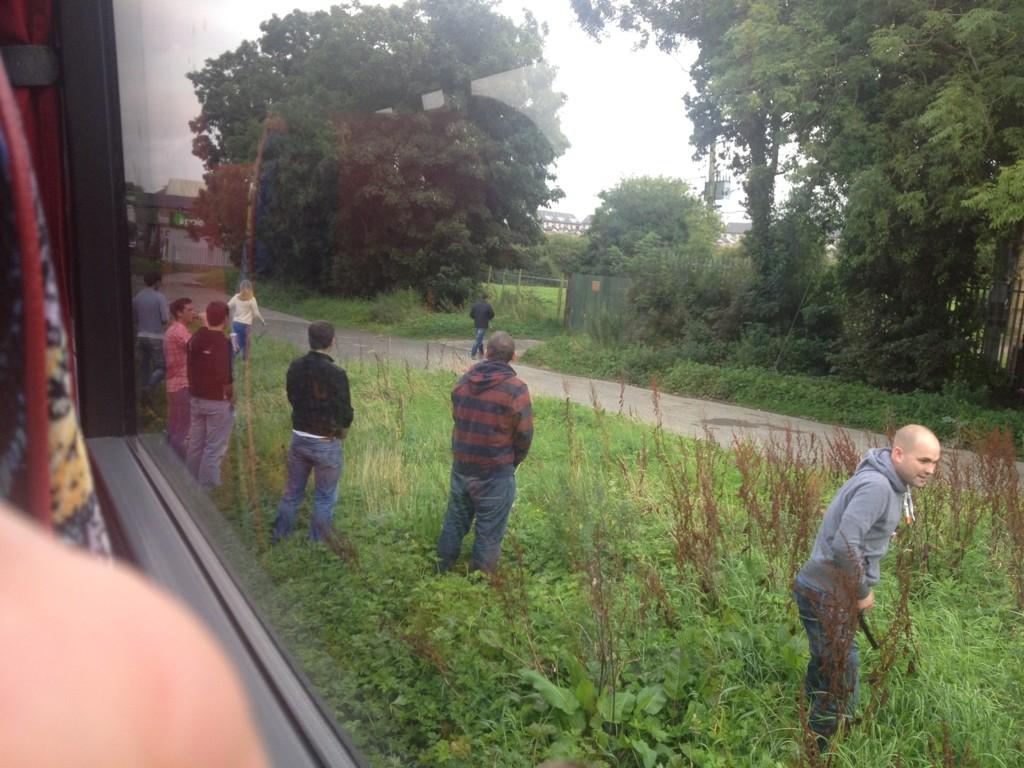 On The N7 Naas Road en route to the Electric Picnic within the last hour. 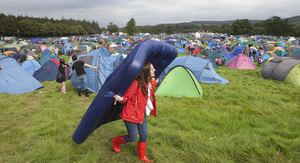 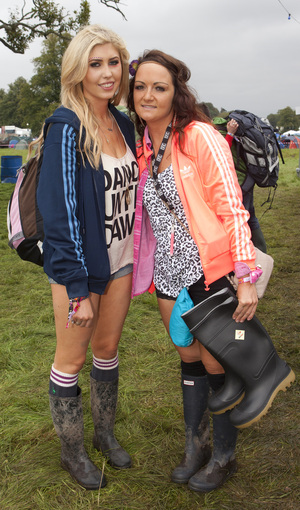 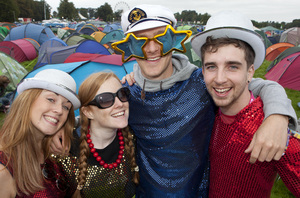 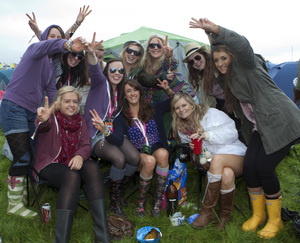 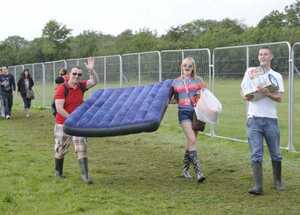 From Reddy who writes:

The music industry reaches giddy new heights in its battle for the soul of music lovers everywhere.