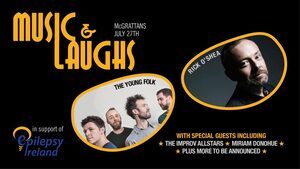 Improv maestro Neil Curran (him off the telly) writes:

Join us for a night of top quality live music and comedy improv hosted by 2FM’s  Rick O’Shea in aid of Epilepsy Ireland taking place in McGrattans Cafe Bar [Fitzwilliam Lane, Dublin 2] this Thursday at 7:30pm.

There will be an exciting auction on the night and a bonus raffle too with some amazing prizes up for grabs. All proceeds will go to Epilepsy Ireland. 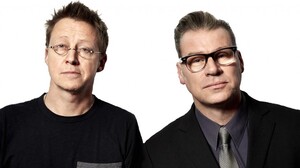 Ever listen to Kermode & Mayo’s Film Review? I heard this story as it went out. I’ll let Peter from Epilepsy Ireland tell you:

“Hoping you can help with a rather odd request! A few weeks back, someone called ‘Shenac/Sheenagh/Sean’ A.C. from Dublin wrote an email to the BBC Radio Film Review show and it was read out on air. Listen in here

Since then, we’ve been contacted by a film crew who want to make ‘Shenac/Sheenagh/Sean A.C.’s dream of making a horror film come true. It seems like a genuine offer. Problem is that we can’t identify who it is and BBC have deleted the email now. We’ve been in touch with all the paediatric services here in Dublin without any joy.

All we know is that they are from Dublin, 13 years old, have had temporal lobe epilepsy since birth, which worsened about 3 years ago. They also may have migraine and have missed a lot of school. We’d love their parents to get in touch with us.”

This ring bells for anyone?