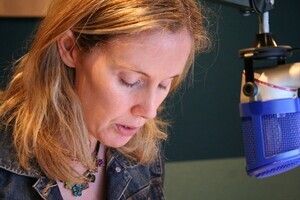 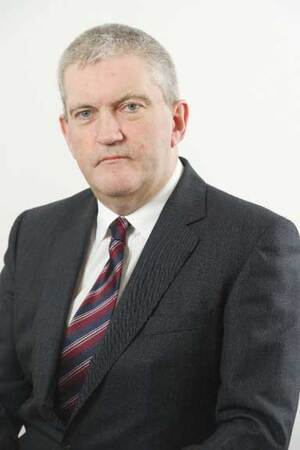 From top: Audrey Carville; Eugene Cummins, chairman of the national sub-committee on housing of the Local Government Management Association and chief executive of Roscommon County Council

Further to the publication of Minister for Housing Simon Coveney’s Action Plan for Housing and Homelessness earlier this week, which included plans to provide 47,000 new social housing units between now and 2021, RTÉ’s Audrey Carville spoke to Eugene Cummins about the plans on Morning Ireland earlier.

Mr Cummins is the chairman of the national sub-committee on housing of the Local Government Management Association and chief executive of Roscommon County Council.

Ms Carville introduced her interview by posing the question: how many of these social housing units will be built by local authorities.

Audrey Carville: “How many houses will local authorities build, under this plan?”

Eugene Cummins: “Well, over the life of the plan, the local authority social housing stock will increase by 47,000 units and we are confident that that figure will be achieved, if not exceeded.”

Carville: “But how many houses will you build?”

Cummins: “Well, over the life of the plan – and in the first years of that – we will be focusing on the Housing Assistance Payment (HAP), acquisitions and the returning of units, void units into use. It will of course, the size of the scale of the investment, it will require the planning for estates, it will involve the private sector getting back into building so it’s going to take a few years, a few years, until we start actually building. But, over the next two years in particular, we will continue to acquire properties and to bring social housing by way of the Housing Assistance Payment.”

Cummins: “In terms of the 47,000 units,  some of those units, a considerable number of those units will actually be acquired from the private sector…”

Carville: “But how many will local authorities build over the next five years?”

Cummins: “We will, we have to have regard to the market. We will be building where it is cheap to buy units, we will buy units from the private sector, but we will be building a considerable number over the next few years to make sure that, at the end of the plan, that whether we acquire them or build them, there will be an additional 47,000 units added to the social housing stock in this country.”

Carville: “But you don’t have a figure for how many you will build between now and 2021?”

Cummins: “As I said, Audrey, we will be acquiring properties, we’ll be leasing properties and we will also be building considerable numbers of properties to increase…”

Carville: “But you’re not giving me actual figures. How many? That’s what has been absent. Simon Coveney, this week, said he believed that local authorities would build 26,000 houses in five years. Is that a realistic figure?”

Cummins: “Yes, that is a realistic figure.”

Carville: “But you hadn’t mentioned it, so…”

Carville: “Where does that fit in with local authority plans?”

Cummins: “What I’ve said is we will be increasing the social housing stock in this country by 47,000 units and we will be doing that by acquisitions and by building.”

Carville: “But I’m asking you, how many will you build? And you haven’t given me a number.”

Cummins: “We will be increasing the social housing stock by 47,000 and that is all that matters.”

Cummins: “But as long as the social housing stock is increased by 47,000 units, that’s all that matters and that’s what we will be doing. And we will be working with the private sector. Remember this is not just about the local authorities. There are many stakeholders, including the private sector, that are involved in providing solutions to this problem.”

Carville: “But people say it does matter how many local authorities are building because, when the private sector gets involved, it becomes a for-profit venture. And the targets and the figures rarely materialise.”

Carville: “Why aren’t you able to start sooner than two to three years? Alan Kelly’s plan was laid before the councils nearly two years ago – why aren’t you in a position to begin building sooner?”

Cummins: “Because, first of all, the solution to his problem requires a collaborative approach from all of the stakeholders, that will mean a huge increase in building output. And that can’t start overnight because there’s a plan in process, there’s a tendering process, there’s a procurement process…”

Carville: “But what have you been doing in the last nearly two years, since the previous plan by Alan Kelly? Which this one [plan] has built on?”

Carville: “But you only built around 70.”

Cummins: “That is correct because that’s all the money we had and the reason we got out of building houses in the past was because, in recent years, is because money hasn’t been provided and the minister – and indeed the Taoiseach – at their announcement on Tuesday, they’ve clearly allocated €5.35billion… We didn’t…we stopped building houses because the funding stream stopped. Now that the funding stream has been committed, we will start building again but that takes time.”

Carville: “So are there any sites, so? There must be sites at this stage? That are shovel-ready? That are ready to begin building on?”

Cummins: “There are sites and, as we speak, houses are being built.”

Cummins: “In Dún Laoghaire Rathdown and in other areas around the country..”

Carville: “How many are being built there?”

Cummins: “There are hundreds of houses being built but it’s not near enough. But, again, can I say we’re not just relying on building. When we exited the boom, there were tens of thousands of units vacant, there still are 200,000 units vacant in this country..”

Carville: “And you have the power to make compulsory purchase orders so how many of those homes, vacant homes, derelict homes, how many have you bought in the past year?”

Cummins: “Last year, we bought 1,000 units. We’ve bought over 2,100 units from Nama over the last couple of years; there are another 500 units in the process of being delivered through Nama and we’re also, as I said, we required 100 units.”

Carville: “How many more do you plan to buy through compulsory purchase orders?”

Cummins: “We don’t need to exercise our compulsory purchase powers to buy on the market. We are successfully buying properties every day…”

Carville: “But how many? Because there are 100,000 families on the social housing waiting list.”

Cummins: “There are actually more and that’s why this action plan is so important and that is why we and the Government, and indeed the minister, are committed to increasing the housing stock by 47,000 units and we will do that. But it requires all of the stakeholders to get together in a collaborative way and we are up to the challenge.”

Carville: “But how many…”

Cummins: “We did it before…”

Carville: “Yes, you did, absolutely. But we’re trying to establish how many properties you are going to buy through compulsory purchase orders or other measures over the next five years.”

Cummins: “As I’ve said, at the very start of the interview, by the end of the plan we will have increased the social housing stock by at least 47,000 units and we will do that by building, leasing, by bringing voids back into use and we are committed to doing that and we will do that.”

Carville: “But is that exclusively through your management, through the management of local authorities?”

Cummins: “As I said, it requires a collaborative approach from all of the stakeholders, not least of all the private sector…”