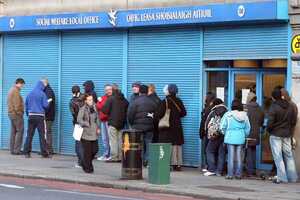 Over the last three working days I’ve received three items of post. One was from my apartment insurer (who I’m 90% certain won’t actually insure me as the setup of the apartment is a fire hazard), a letter I’ve apparently ‘requested’ from Irish Water asking me for my details to sign up.

And then I got this letter from the dole who dutifully told me that I owe them €22.30. This isn’t up for debate – according to their rules, the Department of Welfare’s incredibly just and virtuous rules, I do owe them this money.

However before I get my rant on, let’s look at this keeping in mind Enda’s promise to rescue all those souls who’ve fallen overboard in the past eight years or so.

He wants them all to have jobs by 2018 according to his St Patrick’s Day message. From my experience, I worked in the tax year of 2011, emigrated the same year and came back in October 2013. I received Dole within a record time of 10 days or so.

I started work in February 2014 until November 2014. I went to the dole office and was told I was not due anything because they wanted proof of my cohabiting, self-employed partner’s income (which was hard as it was her first year doing it).

After initial shock at being due nothing (when in doubt always lie to the Welfare, they should’ve taught me in school) having worked almost the entire year, they said my only option was to show them my partner’s receipts and bank statements.

They accumulated it to a yearly average and I was given the princely sum of €66 a week.

Needless to say this was pittance for rent, high season for ESB bill, food, house insurance, and internet. Since my partner works in the arts and the companies she worked for were awaiting grants from The Arts Council who have to wait for the money to be dripfed to them from Enda’s teat, she was constantly owed money but had none or not enough to even pay the rent.

So debts were incurred, family who were estranged for obvious reasons were contacted out of the blue and squeezed. Not the worst or even close to it for a lot of people but I suppose my point lies with those coming back to all those lovely jobs by 2018.

To those coming back by then (a lot of whom were on the dole before they left and not having worked in a while), make sure you’ve a nice bounty with you to feather your nest with, or your family has weathered the storm – coz the welfare employees are only the messengers. If you’ve a complaint/valid point to make about the system prepare to be ignored. 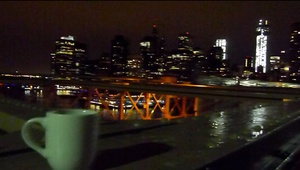 Isn’t it well for you.

I’m trying to get Irish expats to send in clips from where they’re currently living to include in a music video for Róisín O’s ‘Tea Song’. We’ve got some nice footage already (I’ve included a nice snapshot from New York, above), but we need about 10 more people on board to get the video completed.