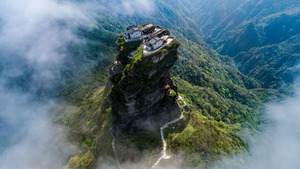 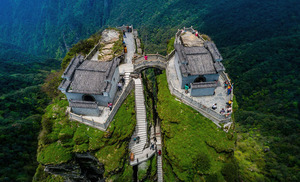 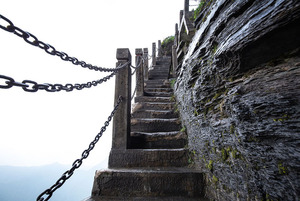 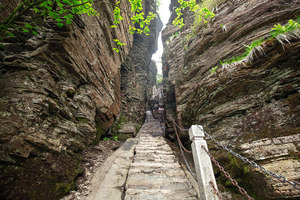 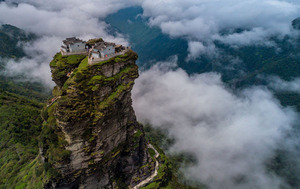 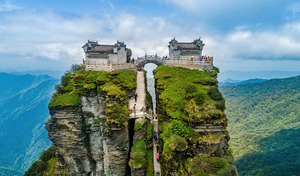 The mountain is home to several Buddhist temples, including two at the top of the 100m tall New Golden Summit, or Red Clouds Golden Summit. The Temple of the Buddha and Maitreya Temple are separated by a narrow gorge spanned by a short bridge.