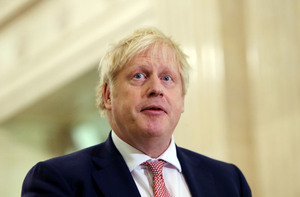 Making a statement after negotiations were completed, she said with so much at stake it was a deal worth fighting for.

“Deal is done,” a Downing Street source said. “We have taken back control of our money, borders, laws, trade and our fishing waters.”

“The deal is fantastic news for families and businesses in every part of the UK. We have signed the first free trade agreement based on zero tariffs and zero quotas that has ever been achieved with the EU.”