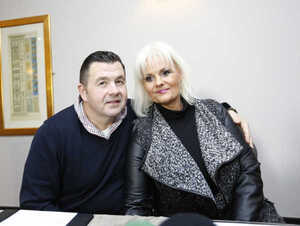 Fiona Doyle holds a press conference following a Court of Appeal decision to increase the custodial sentence on her 74-year-old father, Patrick O’Brien, for raping her when she was a child.

After the ruling, Ms Doyle said she was delighted, and that she was not a victim any more, but a survivor.

She described her father as “a monster” who today got what he “deserves” and is “back where he belongs”.

During the trial, Ms Doyle said she believed her mother knew about the abuse and said today that she had written to the Garda Commissioner seeking to have this investigated.

She said she had “taken back control of her life” and also said that her story is now being made into a film.

Fiona Doyle says she is no longer a victim, ‘but a survivor’ (RTÉ) 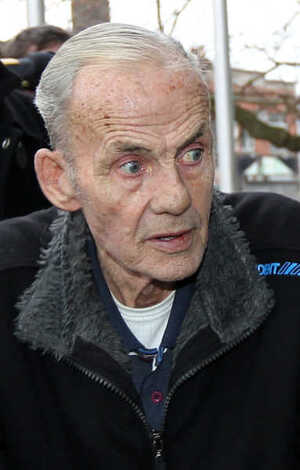 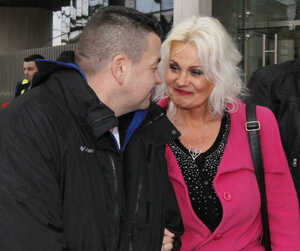 (Jim Doyle and Fiona Doyle (above) and Fiona’s father Patrick O Brien, who begins a three-year prison term this afternoon. The sentencing judge, Paul Carney has admitted he was wrong and insensitive to let O Brien walk free from Dublin’s Central Criminal Court on Monday).

1. What was overturned today was not the sentence of 12 years (with 9 suspended)  imposed by Judge Carney on Patrick O’Brien, but the related decision to grant Mr O’Brien bail pending his appeal against this sentence.

4. Today’s decision by Judge Carney to revoke the bail granted by him is also unusual. Revoking bail normally only occurs if an accused breaches the conditions of their bail. In this case the argument put forward by the DPP in seeking to have bail revoked, which appears to have been accepted by Judge Carney, seems to have been that only the Court of Criminal Appeal had jurisdiction to grant leave to appeal and consequent bail.

5. Whether in the context of bail or otherwise, it is extremely rare for a judge to reverse their own ruling; normally this is a matter for an appeal court.

6. It remains to be seen what view the Court of Criminal Appeal will take on the question of bail pending appeal, and the undue harshness (or, in the event the DPP appeals, undue leniency) of the sentence imposed by Judge Carney, which would involve Mr O’Brien serving three years in jail.