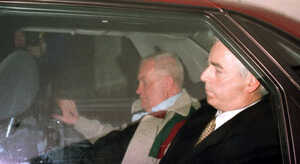 At the Historic Institutional Abuse Inquiry…

In a letter to an officer at Finglas Garda station dated November 1, 1973, Smyth’s psychiatrist said he was recommending the cleric be admitted for treatment.

The doctor said: “I have been asked to write to you by Fr Brendan Smyth of Holy Trinity Abbey, Kilnacrott. He has been a patient under my care for some months and I am familiar with the nature of his problems. I am writing to his superior suggesting that he should have a period of inpatient care in St Patrick’s Hospital or in St Edmonds Bury….I hope this arrangement will be satisfactory to you and your superiors.”

…According to a case summary dated February 1974, a doctor at St Patrick’s confirmed a diagnosis of paedophilia.

Fr Smyth would go on to abuse children until his eventual arrest in 1994.

Yesterday: Before he Was Ordained 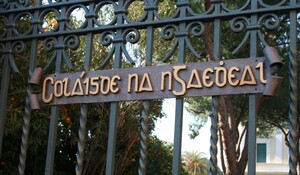 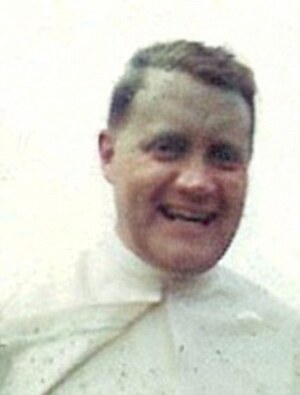 Fr Brendan Smyth (above) and the Irish College in Rome

Jospeh Aiken, counsel for the inquiry said: “The Norbertine order believes that knowledge of Brendan Smyth’s activities exists prior to his ordination yet he was ordained as a priest in any event.

“A complaint had been made about Smyth when he was a student in Rome in the 1940s. He was accused of abusing a child in the vicinity of the college.”

He was told that the Abbott General – the Norbertine order’s most senior figure in Rome – had recommended Smyth not be ordained, but the advice was ignored.

…Smyth’s direct superiors felt it would be a shame if their first student in Rome failed, and they did not want the Abbott General “interfering” in the business of their particular Abbey, it emerged.

Fr Smyth would go on to abuse ‘hundreds’ of children before he was finally arrested in 1994. 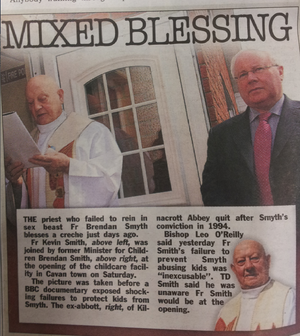