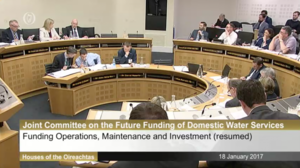 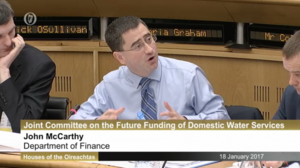 A meeting of the joint committee on the Future Funding of Domestic Water Services is taking place.

Dept of Environment tells water committee that Irish Water will need an extra €114 million if charges remain suspended this year.

Previously: At The Water Committee Meeting