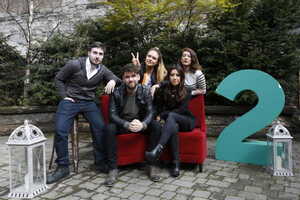 Generation What? is a landmark project, in association with the EBU (European Broadcasting Union), taking place simultaneously across twelve European countries, which aims to define what Generation Y thinks, believes and feels…

When the results are in [end of 2016] we will, for the first time, be able to see how Irish young people’s attitudes to sex, politics, gender and society compare directly to their European counterparts.

Who is more conservative, the French or the Irish? Who is more likely to have had a one night stand? Will the Italians prove more patriotic? Who would be happiest without their phone, their television, the internet, or sex?