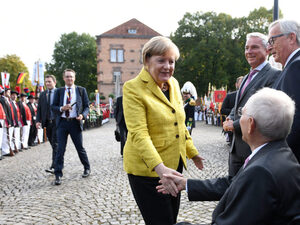 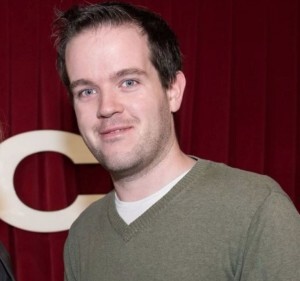 We’ve already seen the finales of the American and British version of this boxset – in which the well-connected, competent, elite, slightly-less-than-likeable female politician who seems all but assured of a solid and somewhat boringly predictable victory has her hopes dashed at the very last minute.

Of course, it would be far too simplistic to think that the same thing could happen in Germany on Sunday for Angela Merkel as she is a much stronger certainty for victory than either May or Clinton.

For one thing, the German voter has a strong and consistent love of stability – Merkel is one of just three people to hold the office of Chancellor since 1982. In addition, she has presided over a relatively prosperous country even if it is not without its problems.

This does not mean that Sunday’s vote is boring.

Merkel’s centre-right CDU-CSU alliance is currently in a grand-coalition (or GroKo) with their traditional left of centre rivals, the Social Democrats.

Their candidate for Chancellor and Merkel’s main rival, Martin Schulz is struggling to make an impact despite an initial bounce when he won his party’s nomination.

This is due largely to how close the two main parties have become in recent years. It’s a familiar story- as the centre ground parties move closer together the fringe parties become more attractive.

In terms of polling, the CDU-CSU remains in a static yet solid lead on about 36%, but the interesting area of movement in terms of opinion polls is the race for third place.

The once poorly organised Alternative für Deutschland (AfD) is certain to be the first far-right wing movement to enter the Bundestag since the 1930s. This will be the headline “shock to the system” particularly if they can manage to break 10%.

The Greens have been resurgent, the far-left Die Linke remain stable and the liberal FDP party remain on course to storm back into Parliament.

Recent polls have these four options bumping along between 8 and 11% each. The extreme right and left will almost certainly be left out of government formation negotiations.

Which brings us to the crux of the matter. The interesting element this time in Germany will be coalition formation. If the election does not result in a continuation of the current GroKo set up, Angela may put something together with the liberal FDP party whom she is reasonably close to ideologically and whom she has experience of dealing with in the past.

The party will be wary of another stint in government with Merkel however, as last time they had one they lost all of their seats in the Bundestag at the subsequent election. As such, they may be ready to exact a higher price.

Alexander Hahn, a member of the FDP national executive, told Bild. “The FDP should enter no government in which it cannot name a finance minister,”.

This ministry is arguably one of the most powerful economics portfolios in Europe today and is currently held by Merkel’s right-wing ally, 75-year-old Wolfgang Shauble.

A divisive figure, what happens to Schauble post-election is probably a more interesting plot line, and in the long run for Europe, a more relevant one.

He has been a staunch defender of the ECB’s strict orthodoxy in managing the EU debt crisis and change here would not be without repercussions.

There are many in the Greens and Social Democrats who would also like to see the back of him.

The process of negotiations takes time- last time it was nearly three months before all was agreed so there are bound to be some high-profile casualties in that time.