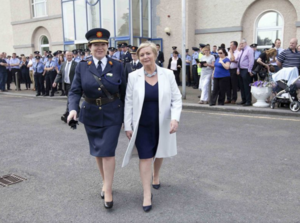 It looked at financial transactions at the college from 2009 to 2016.

It also received a further 13-page report in relation to how the recommendations of the GIAS report are being implemented.

The GIAS report was the subject of an article by John Mooney, of The Sunday Times, on January 22, in which Mr Mooney reported, among other things:

Garda Commissioner Nóirín O’Sullivan was asked about it on the Today with Seán O’Rourke show the following day – saying twice during the interview that the concerns raised were “legacy issues”.

This morning chair of PAC, Fianna Fail TD Sean Fleming said PAC will be asking the general secretary of the Department of Justice and the Garda Commissioner to appear before PAC to discuss the reports.

From the executive summary of the GIAS report…. 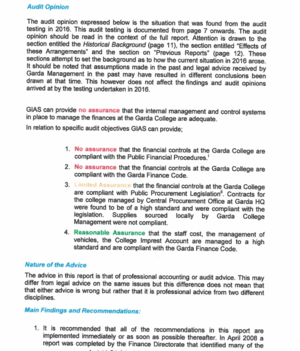 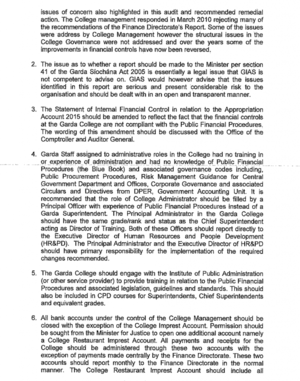 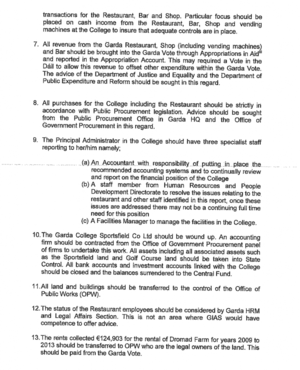 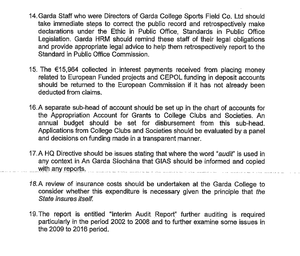 This morning, Social Democrat TD Catherine Murphy spoke to Cormac Ó hEadhra, who was filling in for Seán O’Rourke, about the report and why she believes the Minister for Justice Frances Fitzgerald mislead the Dáil about the matter on February 9 of this year.

Cormac Ó hEadhra: “This was discussed by Sean O’Rourke with the Garda Commissioner in January, I think. This question of financial irregularity. You raised this question with the Minister for Justice in the Dail, Catherine Murphy, on the 9th of February of this year. And she, in a way, she said this was related to the past, it was stopped and we’ve dealt with it in a way that she used words, with Sean O’Rourke, like ‘legacy issues’, ‘they span back a number of years’. What do you make of that now? Based on what you’re hearing.”

Catherine Murphy: “First of all, I think I was given very misleading information. I raised it at Leaders’ Questions with Frances Fitzgerald in February and it was in the context of the Garda [Maurice] McCabe that was being set up at the time. And I looked for this report to be published. She told me that it had been, it was in the public domain, it had been discussed at length by the justice committee. To be perfectly honest with you that was news to me. I then went back to the office. My staff contacted the justice committee and was told there was no such discussion, so I contacted the Tanaiste’s office again after I put in a lot of PQs, and after five weeks, she said that she had misspoke, that it was actually, it was actually sent to the Public Accounts Committee.”

Ó hEadhra: “But she did refer to an audit and in fairness to the minister, we, I quote her now: ‘that was in the public arena’, she says. ‘Questions were answered on it in the justice committee well before it was. Detailed information was put on the record about the audit and the actions that were being taken internally to deal with what had been uncovered by the audit of the college. That is the reality of the situation,’ she says. She may have got the committee wrong but she said it’s being dealt with.”

Ó hEadhra: “Ok, so do you believe the Minister misled you in the Dail? She’ll contest that obviously, I assume. What do you expect her to do now?”

Murphy: “The very first thing is that she should correct the record because it’s not correct to say that it’s discussed anywhere, at any committee, it wasn’t.”