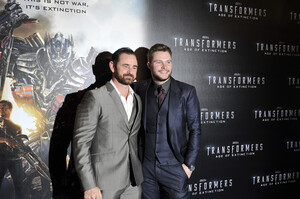 “Irish actor Glenn Keogh, last seen in Michael Bay’s Transformers Age Of Extinction (2014) had a lengthy and inspiring chat with myself and had some great stories about Michael Bay, his introduction to Steven Spielberg (by Jack Reynor of all people), life in Hollywood, and leaving behind his accountancy job in Ireland to become an actor in Hollywood. The link is here and, while I’m biased, it’s a fascinating interview….”

Difficult to begrudge, in fairness.

But don’t let that stop you.