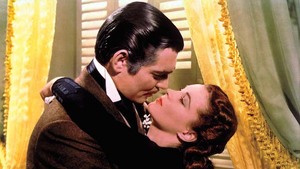 Clark Gable and Vivien Leigh in Gone with the Wind (1939)

A spokesperson for HBO Max, which like CNN is owned by WarnerMedia, told CNN Business that “Gone with the Wind” is “a product of its time and depicts some of the ethnic and racial prejudices that have, unfortunately, been commonplace in American society.”

“These racist depictions were wrong then and are wrong today, and we felt that to keep this title up without an explanation and a denouncement of those depictions would be irresponsible,” the spokesperson said.

The spokesperson added that when the film returns to HBO Max, it “will return with a discussion of its historical context and a denouncement of those very depictions,” and will be presented “as it was originally created, because to do otherwise would be the same as claiming these prejudices never existed.”

Yesterday: Little Britain pulled from iPlayer and Netflix because ‘times have changed’ (BBC)

HBO Max just removed Gone With the Wind from its platform citing concerns about racial injustice.

Here is the video of Hattie McDaniel becoming the first African-American to win an Academy Award for her role as Mammy in the film. pic.twitter.com/l0vh8pdpex