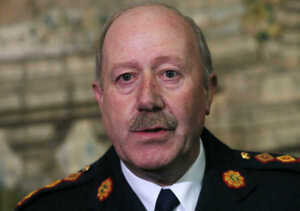 #GRA secretary general PJ Stone says he has no doubt Garda Commissioner Martin Callinan was sacked – and said it was on a “political whim”.