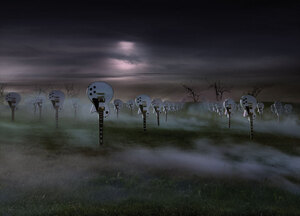 It will be no longer possible to play music at a graveside without permission from the county council if new draft bye laws for the regulation of cemeteries in Mayo are approved.

The members of the environmental SPC of Mayo County Council were generally welcoming of the new bye laws which will govern the running of the cemeteries in the county, including the regulations on the size of headstones. However one item in the bye laws regarding the playing of music at a graveside unless permission has been granted by Mayo County Council did raise concern.

“If we are to have to seek permission from Mayo County Council to play a flute or some music at a grave, we are going too far,” Independent councillor Richard Finn told the meeting. “I’m sure no elected member will vote for that at all.”