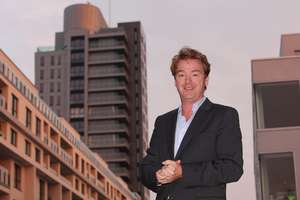 You may recall David McWilliams’ documentary, Ireland’s Great Wealth Divide, on RTÉ One on Monday night.

Dan O’Brien, former Irish Times economics editor, chief economist at the Institute of International and European Affairs and Irish Independent columnist, has taken issue with the source of Mr McWilliams’ data and his following conclusions.

“Early this year the Central Statistics Office and number crunchers at the Central Bank published the first ever set of figures on how wealth is spread in Ireland. These figures provided a treasure trove of new insights into wealth distribution. Monday’s programme never mentioned these figures or even referred to them, despite the fact that they are the only hard data available on wealth equality. Instead, the programme used guestimates made by investment bankers. Those figures were published last year by Credit Suisse, a Swiss bank, in an annual study it does on wealth around the world.”

“…If the more reliable and more up-to-date figures had been used, the story told on Monday night might have been very different. The actual statistics show that the spread of wealth is more equal in Ireland than the average across the Eurozone. That was certainly not the impression the programme gave.”

“…Those who have great power and wealth should be subject to great scrutiny, and should expect to be subject to great scrutiny. That includes, by the by, the main shareholder in the group which owns this newspaper, Denis O’Brien. But David’s assertions about a “reality” of the “working middle classes being excluded” and that it is now more likely for those in the middle to fall to the bottom than rise to the top were opinions presented as facts. In Ireland, we simply don’t have good evidence on social mobility. As such, David’s claims on this issue on Monday cannot be proven or disproven, but there is very good reason to question them.”