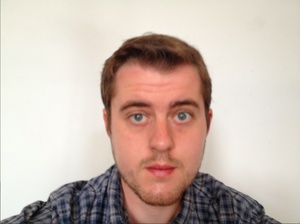 I’m doing a 72-hour fast/hunger strike this weekend in protest at the detentions at Guantanamo. Frankie Boyle managed a week, but I think three days is enough for someone with a 9-5…

Anyway, I’m also raising some money for Reprieve, who do great work with prisoners in Guantanamo and elsewhere, so if anyone wants to donate they can do so here. Thanks. 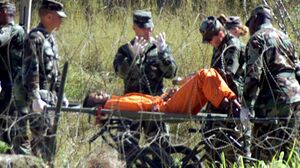 The Miami Herald has created an interactive graph showing the rise in hunger strikers  in Guantánamo, the US detention centre on the island of Cuba.

They are reporting there are now 100 detainees refusing food.

Of those 24 are being force fed.

Meanwhile, how they force feed.

“When the military doctors force-feed Guantánamo Bay detainee Fayiz al-Kandari with a tube shoved into his stomach there are three stages to the pain.”

“First, there is the sensation of the tube passing near his sinuses as it is pushed through his nose and into his throat, which causes his eyes to water. Then there is an intense burning and gagging sensation as it goes down the throat. Finally, when the tube enters the stomach there is a strong urge to vomit.”

“The experience, described by al-Kandari to his lawyer Carlos Warner, has one final grim humiliation. Once the tube has delivered food inside him, it triggers the most painful moment of all: the return of feeling hungry. “He says that can be the worst thing,” Warner said.”

How Guantánamo’s horror forced inmates to hunger strike (May 4, Guardian)