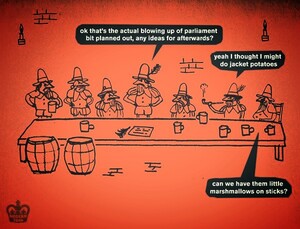 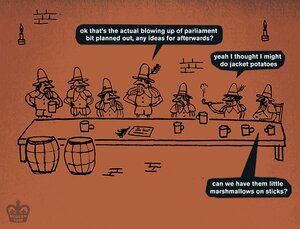 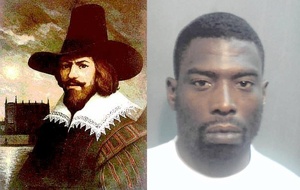 You literally couldn’t make it up. But if you could, you’d make this guy less of a dick and more like the other guy. You know, the nice Guy.

Guy Swindell Fowlkes, 33, of Orlando, was working at the tent at Colonial Drive and Maguire Road but had made arrangements to work at another tent location, according to an arrest affidavit filed in the case. When his girlfriend asked about keys to a storage unit, Fowlkes said he did not have the keys and began an argument with her.

Fowlkes struck his girlfriend, who is pregnant, in the left side of her face, according to the report. He then went into the tent and began to light up fireworks, directing some of them at other employees. He also lit the fuse of two firecrackers and placed them inside the gas tank of an employee’s car.

When police arrived at the scene about 9:23 p.m., shortly after the first reports about the incident, the exploding fireworks were visible from a distance [see video above].