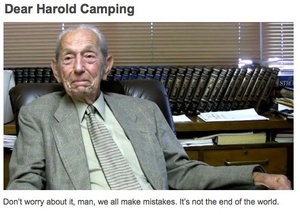 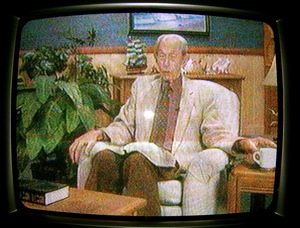 The evangelical broadcaster who left followers crestfallen by his failed prediction that last Saturday would be Judgement Day says he miscalculated.

Harold Camping said it had “dawned” on him that God would spare humanity “hell on Earth for five months” and the apocalypse would happen on 21 October.

Mr Camping said he felt “terrible” about his mistake. But he said he could not give financial advice to those who spent their life savings in the belief the end was nigh.