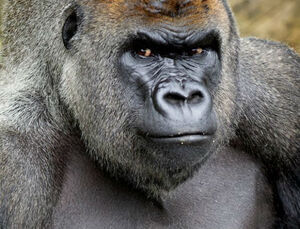 Following the the death of ‘Harry’ the adult silverback and father of six who died after a short illness at Dublin Zoo on Sunday.

In 2009, Harry was featured in Animal Rights Action Network (Aran) investigation into the gorilla enclosure that forced Dublin Zoo to upgrade facilities.

“Sadly Harry has never really known what nature intended for him and his family which is the lust forests and rivers of the Congo, a far cry from life at Dublin Zoo,

Instead, he has known nothing but a concrete and glass enclosure with a few gimmicks thrown in to replicate the gawking onlookers.

Dublin Zoo needs to do what SeaWorld is doing and that is to end any further breeding of gorillas, commit to naturally phasing out the exhibit and to replace it with a modern, digital interaction experience of what life is like in the natural home of Harry and his species.”

@broadsheet_ie Harry’s off to the jungle in the sky pic.twitter.com/MZwT1ngw7i