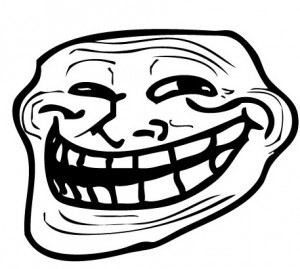 A quick read through the comments on sites such as TheJournal.ie and Broadsheet, not to mention of #OccupyDameStreet’s own Facebook page, show the voices of sympathy almost drowned out by a chorus of trolls bleating out refrains of “get a job you communist” and “Take a bath, you dirty hippies”, the vitriol is quite staggering, and, I have to say, altogether rather alarming.

Why is such hatred being expressed online towards a small group of people who took a stand and tried to make things better? The worst accusation that could be leveled at #OccupyDameStreet is that in the end it was ultimately ineffective, that it didn’t realise its potential for being the mass-movement for social change that those first few weeks back in October hinted at, that it failed to seize opportunities for working with wider groups, that all too often its gaze was focused narrowly inwards, not outwards, that it failed to see the bigger picture. But the majority of the attacks leveled against it are not for failing, but for even daring to try in the first place.

…However it would be an act of paranoia to suggest that all of the hatred being directed towards #OccupyDameStreet is the work of an organised campaign, although that would make it easier to dismiss. Nor can it simply be attributed to the triumphalism of other groups on the Left that Dame Street rejected at a very early stage, though there may indeed be some element of that on the part of a handful of individuals. My sad conclusion is that many of these comments are simply from ordinary folks, and judging from the profile pictures (if they are indeed real) and language used, many of these commentators are in their late teens to mid twenties, exactly the demographic you would expect to be out supporting a radical alternative movement.

READ ON: Haters Got To Hate (But Why?) (Unkie Dave)