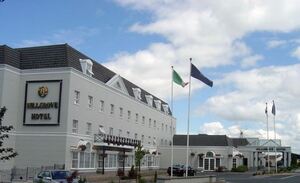 You may recall in how an internal probe was launched in October 2010 after Sgt Maurice McCabe claimed Assistant Commissioner Derek Byrne assaulted and falsely imprisoned Sgt McCabe in the Hillgrove Hotel in Co. Monaghan on October 11, 2010.

Sgt McCabe alleged this happened after he revealed he had removed hundreds of files from Pulse which showed gardaí had falsely claimed that certain people were involved in criminality.

Further to this, Edmund Heaphy, of the University Times Magazine, reports claims from Garda whistleblower John Wilson that the seized files led to records being altered retrospectively.

John Wilson, another prominent Garda whistleblower, known for last year’s penalty points scandal, gave some brief additional details regarding the event, although he insisted that as he was not at the meeting, it was second-hand knowledge.

“Hundreds of records were allegedly falsified. The material that Byrne seized was sent back to the various Garda districts and then after that they were allegedly all altered.”

Penalty points to be overhauled after damning report (Irish Independent)