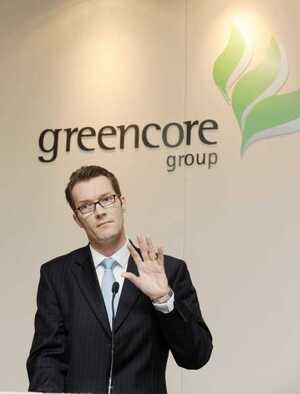 Matt Dempsey, editor of the Farmer’s Journal, spoke with Pat Kenny on RTE R1 this morning after it emerged supermarket chain ASDA has removed products, including bolognese sauce, manufactured by Greencore, which is run by Agriculture Minister Simon Coveney’s brother Patrick (above).

The sauce, which contained meat supplied by the ABP Food Group’s plant in Nenagh, Co Tipperary, was found to have traces of equine DNA. Further tests are being carried out.

Pat Kenny: “I’m just wondering where this is going to end, though? Do you, your own instincts, Matt, you’ve been around the block so many times. Do you think Irish horses are being slaughtered somewhere, boxed up as Irish meat and then somewhere along the way, people are mislabelling, in Ireland, and flogging it to Irish beef factories.”

Matt Dempsey: “Certainly it’s not happening at the moment. Did it happen? I think it’s probably likely but that’s just a probability. It certainly isn’t in anyway definite or clear but I would imagine there’ll be a lot of examinations being done by a lot of people. But on the otherhand only about 20% of the Greencore product contains Irish beef.
So there’s a lot of work to be done to find out precisely where did this beef come from and, more to the point, as you rightly say, where did the Irish cutting plants, who have full permission to cut up horses, where did that beef actually go? And there will be, in my view, there’ll have to be very clear quantitative reconciliation. In other words, the quantities in, the quantities out, were there any leakages?”

Kenny: “So, if you’re supposed to have so many tonnes of horse meat slaughtered, who did you sell it to? And where did they sell it on?