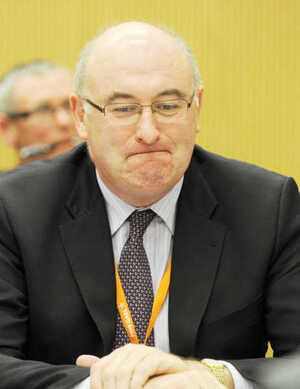 In a speech at the Ard Fheis Minister [Phil] Hogan said the controversial charge was “a legacy left behind by the last Government that this Government had to deliver as part of our agreement with the Troika”.

“If there was a credible alternative we would have pursued it,” he added.

“The charge is a forerunner to an equitable valuation based property tax that will be introduced shortly, again as part of our international commitments under the EU/IMF Programme of Financial Support,” Minister Hogan said.

“I have sought to protect the most vulnerable in society and have exempted large numbers of groups that are in greatest need.”