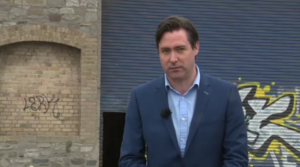 If you’re not resident in Ireland and you have a lot of money on your hands, there’s all kinds of entirely legal ways of channeling your investment through Dublin and not paying tax.

One way is to put your money in an ICAV, short for Irish Collective Asset-Management Vehicle – it’s one of several special tax structures that were designed to bring investment jobs to Ireland by allowing investors to register their activities tax-free legally.

They were designed to help manage investments made elsewhere. However, over recent months, concerns have been raised that ICAVs are being used in investments made on Irish soil. Foreign investors are legally able use ICAVs on Irish proper and pay no tax.

The Minister for Finance said in April, that his department would examine their use of property deals and would seek to close any potential loopholes.

Ireland Live News has gone through the Central Bank’s register of ICAVs, to see what they’re being used for. We cross-checked the names that have been registered with the Central Bank with publicly available information, on those same investments.

And, it turns out, that over 10 per cent of over 200 registered ICAVs, set up to date, are being used to buy or develop property here in Ireland.

Big players, like the global real estate investment firm, Hines, is using an ICAV to invest in its significant Cherrywood development in south Dublin. And businessman Denis O’Brien transferred ownership of the LXV building on Dublin’s Stephen’s Green into an ICAV last year.

Even Nama, the State’s bad bank is using an ICAV, it’s using it to develop big chunks of Dublin’s docklands as it’s teamed up with a US investment firm called Oaktree and they’re redeveloping sites like this one into offices and apartments.

The ICAV is called Targeted Investment Opportunities and it’s registered with the Central Bank and when sites like this come on to the market, they’re expected to fetch hundreds of millions of euros.

A Nama spokesman said that this was entirely legitimate and any money that Nama might now save on tax will ultimately be returned to the taxpayer by way of surplus.

Efforts by Revenue and the Department of Finance, meanwhile, to close possible loopholes, in tax structures, are ongoing.

Watch the report in full here