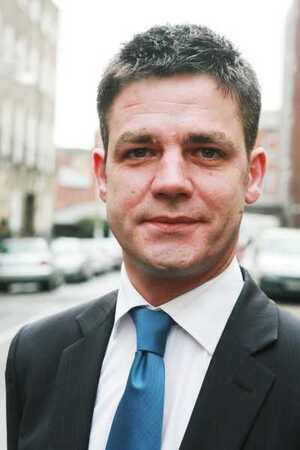 Further to the news that former mayor and councillor Darren Scully, who in 2011 said he would no longer represent black Africans in Naas, Co. Kildare, is returning to Fine Gael, The Integration Centre writes:

Reacting to news that Cllr Darren Scully of Kildare County Council has been reinstated to stand in next year’s local elections, The Integration Centre believes Fine Gael is making a huge mistake.

Killian Forde, CEO of The Integration Centre [top] said: “Fine Gael had a clear opportunity to demonstrate their commitment to anti-racism and diversity in their own organisation. With this decision they send a clear message that racist remarks by elected representatives are okay with them.

The issue for TIC has little to do with Cllr Scully’s original remarks. He is free and entitled to his own prejudices and to express intolerance, as is his right. The electors can judge him for that.

However, Fine Gael has given a commitment to ensuring their party is not a home for people who express intolerance publicly.