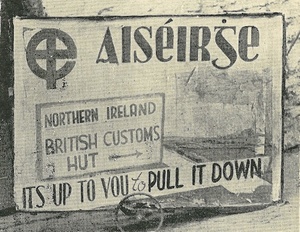 And a final bearla solution.

“Above is is the symbol of Ireland’s only indigenous fascist party, Ailtirí na hAiséirghe (Architects of the Resurrection), established by ‘disaffected accountant’ Gearoid O’Cuinneagain and  Gaelic League members in the early 1940s.
Among the stated aims of the movement were the criminalisation of English, discriminatory measures against Jews, and the conquest of Northern Ireland. The movement fizzled out following the end of the Second World War, but during its brief existence numbered among its members broadcasters and writers Brian Cleeve and Breandan O’hEithir…” 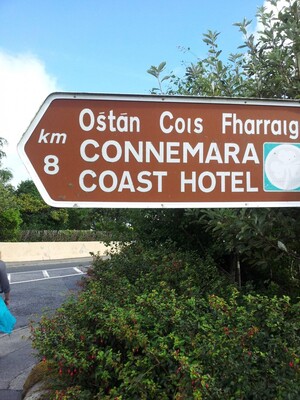 Seen in Knocknacarra in Galway. Fada over the s. Na Ailtiri na hAiseirghe are turning in their Nazi graves somewhere….