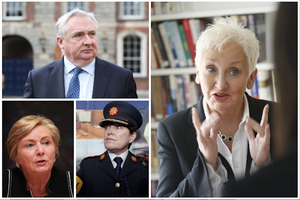 Evidence was heard from the former Secretary General at the Department of Justice Noel Waters and Head of Legal Affairs at An Garda Siochana Ken Ruane.

Mr Ruane is scheduled to continue giving evidence today and will be followed by Annemarie Ryan, of the Chief State Solicitor’s office.

On Friday, it also heard of Michael McDowell SC, for Sgt McCabe, say although nobody was suggesting that somebody was going to ask Sgt McCabe at the O’Higgins Commission of Investigation if he ever abused a child,  “there was consideration, God knows by whom, given to the question of putting Ms D’s allegation firmly in the middle of the table at the O’Higgins Commission”.

It also heard of a draft speech Ms O’Sullivan sent to Ms Fitzgerald on May 18, 2016 –  after the Irish Examiner broke the story in May 2016 about the O’Higgins Commission of Investigation and the strategy employed against Sgt McCabe – and in which she suggested Ms Fitzgerald tell the Dail, among other things, “I have interrogated this matter in detail with the 22 Commissioner of An Garda Síochána and now present to the House the outcome…I wish to state here now that I have full confidence in the Commissioner” (more about these communications in a later post).