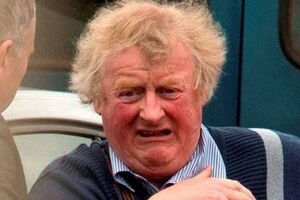 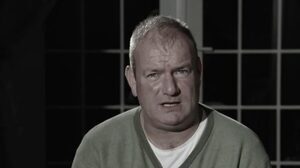 Several men in Waterford, who have been abused by former basketball coach Bill Kenneally, posted a video on Facebook in which they called on anyone with information about Kenneally to come forward.

Of those ten boys, now men, at least five have waived their anonymity.

In the 1990s, Kenneally went on to becme the national basketball coach and, according to Mr Clancy, used a video camera issued to him by Basketball Ireland – issued for him to tape training sessions – to instead record some of his victims of abuse.

In the Facebook video, the men particularly appealed to retired members of An Garda Síochána, the Southern Health Board, former politicians or people who worked with politicians, clergy and lay people within the Catholic Church and business people in the area.

They appealed for people to contact them directly – by calling 085-2403824  or by emailing deisetruth@gmail.com – or to make contact with the commission of investigation into the response to allegations of child sexual abuse made against Kenneally which is being chaired by retired Circuit Court Judge Barry Hickson.

One of the survivors Jason Clancy spoke to Eamon Keane on WLR FM this morning.

During the interview, Mr Clancy told Mr Keane how a survivor, by using the Freedom of Information Act, eventually got sight of a heavily redacted 20-page Southern Health Board file on Kenneally which is undated but is understood to be from the 1980s.

In 1987, Kenneally received counselling from the Southern Health Board and it’s not known if his file was created before or after this counselling.

Mr Clancy said the entire file was redacted except for a paragraph which included the name of the survivor who applied for the document under FOI.

It comes after Tusla told RTÉ’s Prime Time, several months ago, that there were no such files, according to Mr Clancy.

From this morning’s interview:

Jason Clancy: “Bill Kenneally was brought to the attention of An Garda Siochana at that time [1987] because a family made a complaint against Bill Kenneally. The gardai then subsequently contacted Bill Kenneally’s uncle, which is Billy Kenneally who is chairman of Fianna Fáil, TD, asking for him to arrange for his nephew to be brought into the Garda station. Six weeks later, he was brought in. He was interviewed by Sean Cashman and PJ Hayes and he was advised to go and get counselling.

“We understand then that Monsignor Shine then arranged counselling, through the South Eastern Health Board, for Bill Kenneally. Dr Michael Kelleher gave Bill Kenneally the counselling and then Dr Kelleher contacted the gardai a couple of days later, after he meant Bill Kenneally, to say that he was doing well and that everything was going to be OK.”

Eamon Keane: “OK, Dr Kelleher is deceased…OK. Questions arise about, and this is what the commission is going to look at. Who knew what, when. And that was 1987. Up to this date, I haven’t been aware, OK, and other journalists covering this story, from across a spectrum of media, that there was any real connection with the South Eastern Health Board. And you’re saying this counselling took place for Bill Kenneally. You have come across, or are now aware of something else.”

Clancy: “We are. We now know that there is a file in Tusla at this moment in time. It’s a 20-plus page document, file, regarding Bill Keneally. That file is actually dated in the 1980s. And it’s a significant file. We have been made aware of it. One person has viewed the file, we know it’s there…”

Keane: “When you say, and I’m not going to ask you to name names Jason, but this is really important. And I don’t ever doubt you but we have to be fair to all parties. Has someone known to you spoken to you and said definitively ‘I have seen this file’?”

Keane: “Have they actually spoken in a level of detail that would suggest there’s a lot in it?”

Clancy: “A lot of the file is redacted.”

Keane: “So there’s bits blanked out?”

Clancy: “A lot, most of it is blanked out. His part of it, his paragraph – that he was mentioned in – wasn’t.”

Keane: “This is the person known to you?”

Clancy: “But it’s a 20-plus page document. Now this person went into the health board for counselling. He just went in once, that’s all. This isn’t his file. This is a file about Bill Kenneally, that he happened to be mentioned in.”

Keane: “Wow. So this would have been a person, OK,  who would have allegedly suffered abuse, in relation to Bill Kenneally, was getting counselling from the then Southeastern Health Board, OK. And, during the course of that person’s inquiries, they were shown, ‘well yes, you are mentioned here. This isn’t your file by the way, this is a separate file we have on Bill Kenneally.”

Keane: “So we’ve never known that?”

Clancy: “No, we’re absolutely appalled. The fact that they’ve been sitting on this file all these years. And you have to remember, Eamon, like we were being abused at that time. You know, so like, you know. What we’re really, really annoyed about is, you know, I walked into the Garda station on my own in November, 2012, to be told by the gardai, we’ve never heard of Bill Kenneally, nothing about him, never appeared on their radar. We went on to court, again and stated in court that it then turned out that, yes, the gardai did hear of Bill Kenneally and that he was brought in for questioning. Sean Cashman said that he never opened a file on Bill Kenneally cause there was no need, nothing to be put into the file – even though Bill Kenneally admitted to him he was blindfolding, handcuffing and he was sexually abusing young boys.”

Keane: “And Sean Cashman has, you know…”

Keane: “He’s also said that, he was clear that without a victim coming forward it was very, very hard for him to take it any further. There’s questions about that but that..in fairness to him, that’s what he says. OK. But carry on, Jason, yeah.”

Clancy: “So the gardai had no files, nothing but yet the Southeastern Health Board were sitting on a significant file regarding Bill Kenneally.”

“And only for, Eamon, only for that we actually forced this inquiry through, that file would never, ever have seen the light of day and people in Waterford would never, ever know, or us, would never, ever know the true extent of what was actually done because they did not hold their hand up and say ‘listen, we have a lot of information on Bill Kenneally’, and I have to say it’s, like this is the Child Protection Agency you’re talking about. It’s absolutely just scandalous, absolutely scandalous. And we are absolutely disgusted over it.

“But we are delighted that we have, now, we do know the file is there. That file will definitely be brought into the inquiry and people are going to be held accountable. Absolutely. We will not stop now until all these people are held accountable for what they’ve done.”

Previously: ‘There Is  A Question Of Money Changing Hands’