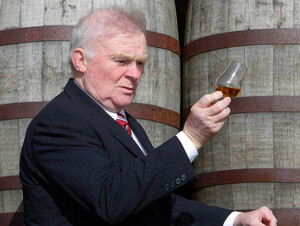 Mr [John] Teeling, above [who sold Cooley Distillery for €70m] states that austerity has never worked in any country or during any time in history. He says the Government can not continue to take money out of the economy, continue to raise taxes and to cut benefits and still expect demand to grow. He says this way of thinking will only lead to great stress and strain and may eventually even result in civil unrest.

The businessman says the first thing the Government should do is restructure our too high debt levels. He says that we should defer paying the next €80 billion and not pay anything for the next six years – similar to what has happened in Greece. He says Ireland should adopt ”Noonan Bonds” like the ”Brady Bonds” in the 1980s in South America. We should pay nothing until we get back on our feet, he stresses.