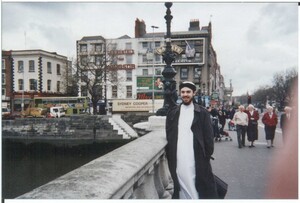 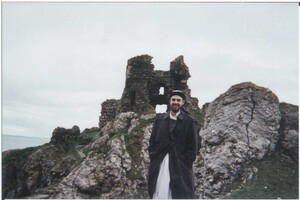 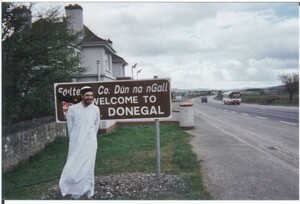 These photos show John Walker Lindh at age 17, touring Ireland with his [Irish-American] father Frank. It was 1998 on the week that the Good Friday Agreement was passed. By that time John was accustomed to wearing traditional Islamic garb and despite the unusual appearance, Frank said he found Irish people to be open and accepting.
Three months after visiting Ireland, John headed for the Yemeni capital Sana’a. He learned Arabic and began reading the original text of the Koran, committing large passages to memory and immersing himself in Islamic culture. The following spring he wrote to say he was moving to the mountains [of Pakistan] and for several months his concerned parents heard nothing from him.

What he had not told them in his letter was that he intended to cross the Khyber Pass into Afghanistan to volunteer for the Afghan army. 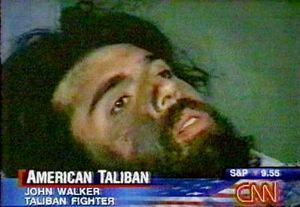