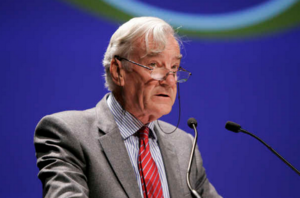 Former chairperson of the Working Group on the Protection Process, retired Judge Bryan McMahon spoke at an event in the Jesuit Refugee Service this morning.

It came after a review of the working group’s report – delivered last June – showed little progress in relation to the group’s recommendations.

Criticising the length of time asylum seekers have to live in direct provision, Mr McMahon called for a blanket, one-off amnesty for the 3,500 people who’ve been in direct provision for more than five years – in the spirit of 1916.

“No one, in my view, would object, that’s my instinct on it and, in fact, au contraire, most people would applaud us for doing something like that.”