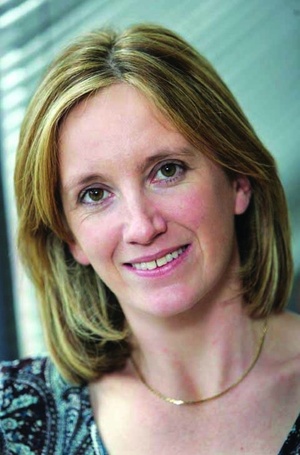 You may recall the protest outside the office of Independent News and Media, on Talbot Street, Dublin last week.

It followed Irish Independent journalist Gemma O’Doherty (above) – whose reporting on the 1985 murder of Fr Niall Molloy helped reopen the case – being made redundant.

The move to let O’Doherty go came several months after she doorstepped Garda Commissioner Martin Callinan to confirm that he had penalty points wiped from his record.

The Phoenix is today reporting O’Doherty’s editors were apparently furious with her approach regarding Callinan, with then editor Stephen Rae apparently telling O’Doherty her behaviour was that of a ‘rogue reporter’.

But her pursuit of the Fr Molloy story had already caused tensions with gardai and a government extremely sensitive to Fine Gael connections with the case.

Judge Frank Roe presided over the trial of Richard Flynn, who was charged with Fr Molloy’s manslaughter and assault.

Judge Roe threw out the case after deciding the possibility of Fr Molloy having a heart attack and striking his head while falling over couldn’t be ruled out.

Judge Roe was a prominent Fine Gael supporter and even ran for the party. And Michael Noonan was Justice Minister when Roe was appointed President of the Circuit Court.

An obituary of Judge Roe in The Dundalk Argus in 2003 reads:

“A staunch Fine Gael supporter like most of his family, he was once election agent for Paddy Donegan and stood as a unsuccessful candidate for the party in Louth in 1948 and 1951.”

Last November, Independent TD Finian McGrath attempted to raise the issue of the Fr Molloy case at an Oireachtas justice committee meeting – where Commissioner Callinan was present – but he was ruled out of order by committee chairman and Fine Gael TD David Stanton.

The committee then went into closed session and the gardaí, media and onlookers were asked to leave.