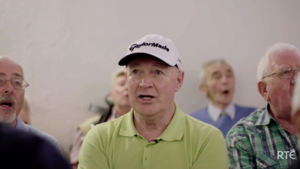 The first episode in a five-part series called Keeping Ireland Alive: The Health Service In A Day.

Keeping Ireland Alive: The Health Service In A Day brings viewers the health service as they’ve never seen it before. Filmed over one 24-hour period in May with 75 cameras at locations throughout the country, this five-part series pushes beyond the headlines to tell the human stories at the heart of this often controversial but most vital service.