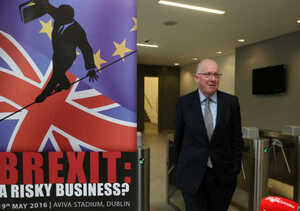 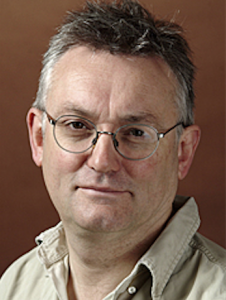 Why Britain – and then Ireland – should vote to leave the European Union.

If you’re Irish, you should vote Remain in the upcoming British referendum. This is the message that Enda Kenny and the political elite are pushing.

The Ryanair boss, Michael O’Leary, is spending €25,000 on persuading the British to stay. The ‘ heavy hitters’ of the ESRI, the Irish Exporters Association, the ICTU and the mainstream parties are warning about a calamity if there is a British exit.

It is all about putting on the green jersey to stop discussion on the nature of the EU itself but it rests on dubious assumptions.

There is a prediction that if Britain leaves the EU a new set of border controls will separate the North and South. However, a common travel area has existed between Ireland and Britain long before either country joined the EU.

It is also claimed that trade between Ireland and Britain would be in danger. Yet an Anglo-Irish Free Trade Agreement has been in place since 1965. And as both governments are ardent advocates of free trade, there is no reason to believe this will change.

If Britain votes to leave the EU, there should be a vote in southern Ireland to exit.

Supporters of Remain appear to have forgotten the role that the EU played in the economic crash of 2008.

Last year, the Finance Minister, Michael Noonan, told the Banking Inquiry that he was warned by the President of the European Central Bank that if he burned bondholders that a ‘bomb would go off’ in Dublin. A ‘bomb’ meant a financial explosion rather than an incendiary device.

The EU prefers to use financial methods rather than military intervention to change the policies of elected governments. When the left wing Syriza party was elected to government in Greece, the EU simply changed the rules so that its bank reserves ratios were reduced.

The result was a run on Greek banks and a turning of the financial screw until the Syriza government eventually capitulated.

“It was about protecting German banks, but especially the French banks, from debt write offs. On the day that the rescue package [with Greece] was agreed on, shares of French banks rose by up to 24 percent. Looking at that, you can see what this was really about – namely, rescuing the banks and the rich Greeks.”

As a result of these policies Ireland paid 42% of the total cost of the European banking crisis, at a cost of close to €9,000 per person.

The EU is a fundamentally undemocratic institution where an unelected EU Commission initiates legislation and ‘directives’. Complex, shadowy structures known as ‘trilogue committees’ then hammer out deals with members of the EU parliament.

The secret negotiations over TTIP show exactly how it operates. Even elected members of the EU parliament are denied access to these trade negotiations.

Yet the EU Commission held 597 closed door meetings with lobbyists, with 87% coming from the corporate sector.

Budgets are no longer solely determined by national governments but are restricted by an ‘Annual Growth Survey’ that is promoted by the EU Commission.

Since the crash of 2008, the EU Commission has used its influence to increase the retirement age to 68 and to promote ‘labour activation’ policies to conscript youth into low paid schemes. It also supports increased ‘user fees’ such as water charges.

Governments are also prevented from borrowing to fund public services if their budget deficit is more than 3 percent of their GDP. Ireland is currently suffering from a huge housing crisis but EU rules prevent the state borrowing enough money to fund a major council house building programme.

National central banks have become agents for the European Central Bank and both are immune to any democratic pressure.

The Irish parliament, for example, recently passed a motion to reduce mortgage charges but were promptly told by the ’independent’ central bank that it would make no difference.

The EU Directorate General of Competition cracks down on state aid and promotes privatisation. Any public service defined as a ‘service of general economic interest’ must be opened up to market competition.

This whole undemocratic edifice provides a shelter for the political elites to tell their electorate that they have ‘no choice’ but to impose unpopular policies. Listen to Enda Kenny talk about water charges and you get the idea.

But what about the EU’s ‘progressive role’ on human rights?

Many of the advocates of Brexit are racists who imagine that the National Health Service could be run with migrant workers. Their insular fanaticism makes anyone look progressive.

However, the EU’s own rhetoric about refugees has helped to legitimise fears about migrants. It has taken in only a tiny number of Syrian refugees.

The UN human rights chief, Zeid Ra’ad Al Hussein, has been forthright in his condemnation, claiming that the EU could easily take in one million migrants, a number that would represent barely 0.2 percent of its population.

In comparison, up to 26 percent of Lebanon’s population is made up of Syrian and Palestinian refugees.

One only has to look at the number of refugees who have drowned in the Mediterranean—now dubbed ‘the world’s most lethal graveyard’—to see how hollow is the EU’s rhetoric of human rights.

Instead of a false debate about ‘Ireland’s national interest’, it is best to acknowledge that some Irish people gain from the EU’s influence over our affairs. The majority do not.

That is why I would encourage a vote to leave.

Kieran Allen is a sociology lecturer at University College Dublin. He is a member of People Before Profit.