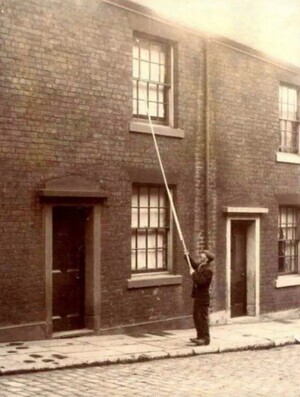 He had no ‘snooze’ button.

A knocker-up (sometimes known as a knocker-upper) was a profession in Ireland that started during and lasted well into the Industrial Revolution and at least as late as the 1920s before alarm clocks were affordable or reliable.