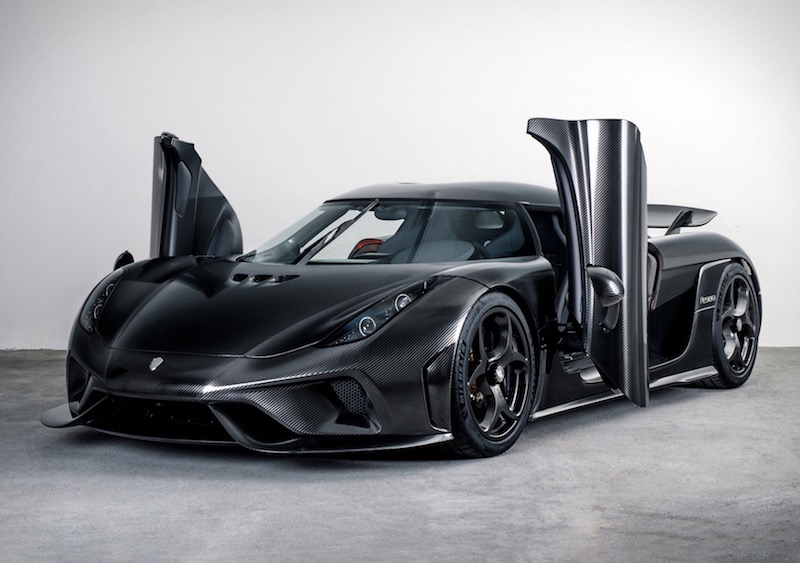 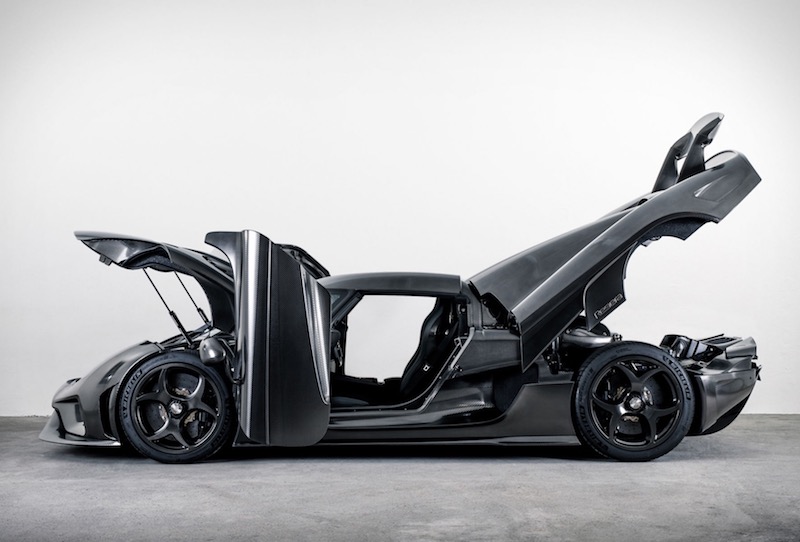 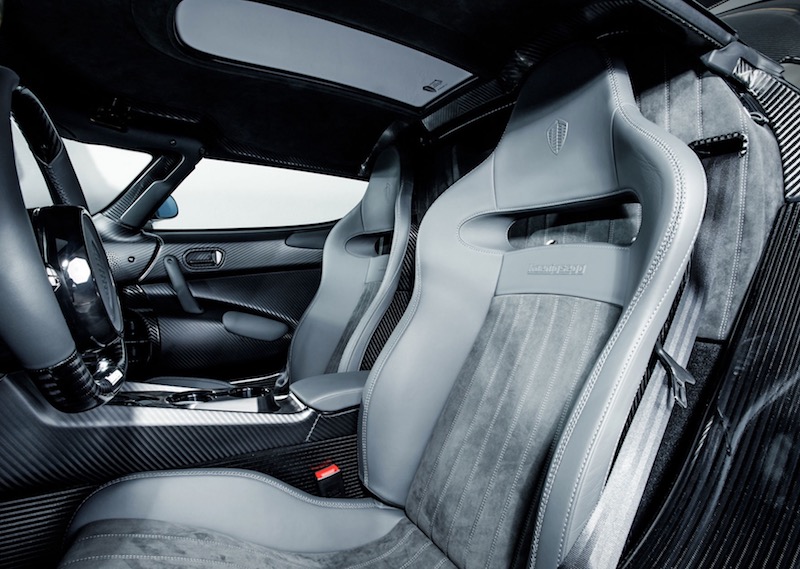 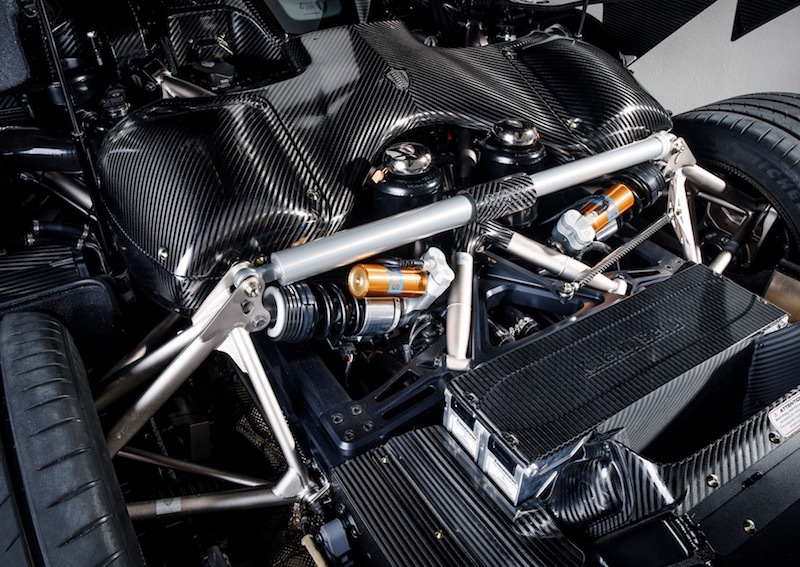 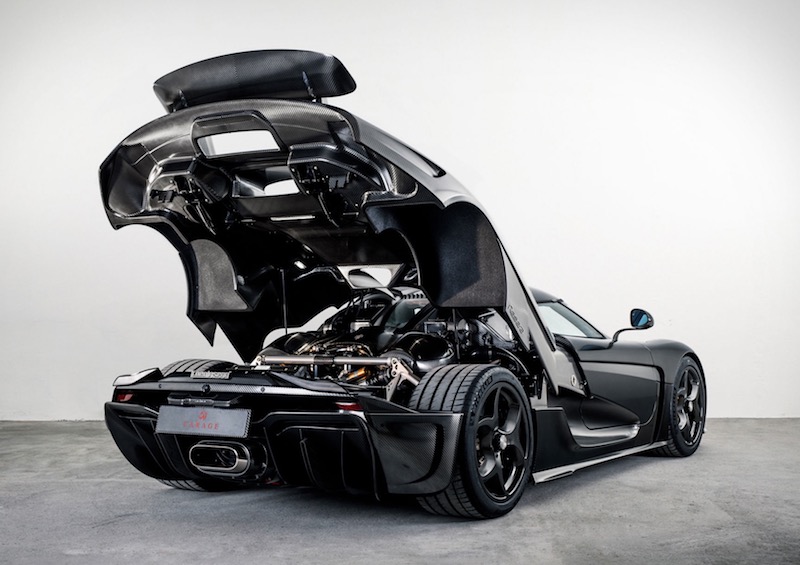 Behold: the Koenigsegg Naked Carbon Regera – a Grand Touring version of the maker’s stripped down track cars – tricked out with a luxurious sound-deadening interior and multiple creature comforts but still – thanks to a hybrid ICE/electric powertrain, direct transmission and a staggering 1,800bhp – one of the world’s most ferocious hypercars.

The exterior is finished in hand-sanded, polished raw carbon fibre that exposes the weave and makes it especially resistant to chips and scratches on the road.

Price yet to be announced but certainly higher than the original Regera’s €1.93 million.