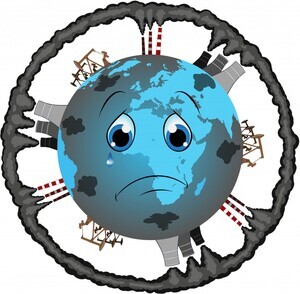 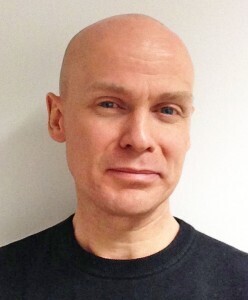 GDP tells us how big an economy is.

But says nothing about what things going on inside all that economic activity.

There is certain cognitive dissonance hidden between the lines of both the Paris Climate Agreement and the new global development framework approved last year at the United Nations.

“Agenda 2030”, a set of 17 goals and targets approved at the United Nations in September, covers everything from ending hunger and poverty to reducing inequality and combatting environmental degradation, while the Paris Agreement promises to keep global warming within manageable limits.

These proposals are laudable in their scope and ambition, but there is a deliberate naivety in their insistence that all this can be done within the same old vision of endless growth that has caused most of our problems in the first place.

In effect, these documents promise to achieve the world’s social and environmental goals while also facilitating eternal economic growth; in so doing, they propose to bring about a global transformation without rocking the boat of relentless overconsumption.

Many of those who were involved in the negotiations accept that infinite growth in a world of finite resources is simply not possible, but discussion over alternative ways to measure economic success has remained in large part a subject for the margins.

Corporate domination of both sets of talks successfully ensured that perpetual growth remains the prime objective of economic planning, even as this model of exponential consumption carries us into the abyss of environmental disaster

Admittedly, breaking the habit of a lifetime is no easy task.

The relentless pursuit of growth has, for many decades, been the most fundamental goal of global economic policy. So widely accepted is the wisdom of this approach that to question it generally results in being branded, at best, an idealist.

But as the global capitalist system continues to stagger forward with multiple enmeshed crises besetting it on all sides, it is becoming more and more difficult to ignore the shortcomings of our most prized economic indicator.

The problems with GDP as a measure of economic health are well-known. Originally thought up by the US and British governments during the Great Depression, it provides a quantitative snapshot of economic output. By simply measuring all goods and services produced over a given time period, it tells us how big an economy is but doesn’t say anything about what’s going on inside all that economic activity.

As such, the production of cigarettes and firearms, for example, is deemed just as valuable as the provision of healthcare services, while clearing huge swathes of rainforest to make way for agro-industrial farms that fuel, rather than ameliorate, climate change is likewise recorded as worthwhile economic activity.

GDP also ignores the distribution of resources, so one individual making a billion dollars while a million starve is considered better than that same million making $999 each – the aggregate figure is all that counts. The myriad non-market services that an economy depends on, such as parenting and community-building, are likewise left out of the equation.

In recent years, the need for better ways to measure economic health has become increasingly urgent, and several governments and development agencies have set about designing alternative indicators. Perhaps the best known of these is the UN Development Program’s Human Development Index, which combines statistics on life expectancy, educational achievement, and per capita income to deliver a composite evaluation of economic development and human wellbeing.

Another measure that has been gaining ground is the Genuine Progress Indicator, which takes GDP as its base but makes deductions for social ills including inequality, crime and environmental degradation, along with additions for positives such as volunteer work and leisure time.

But none of these metrics have come anywhere close to dislodging – or even challenging – GDP when it comes to evaluating economic performance, and perhaps this is not surprising.

Alternative systems of measurement would go some way to shifting the goals and motivations of development efforts and, with this fact foremost in their minds, powerful elites with a vested interest in maintaining the status quo will do everything they can to prevent such changes. As the old saying goes, “we measure what we treasure, and treasure what we measure”.

Some are already arguing that infinite growth in a world of finite resources is, in fact, possible, and that it can be achieved without destroying the planet. As technology advances, they say, greater energy efficiency will rein in environmental degradation. But the pattern of recent decades shows that greater energy efficiency tends to lead to higher consumption, not less pollution.

They will also push the idea than an information-based economy will ‘decouple’ from resource use. But again, the pattern we have seen in recent years shows that, although economies are becoming less material intensive, economic growth more than outweighs the gains garnered through ‘decoupling’.

We may generate more wealth per unit of resources used, but we are still using more resources, and creating more waste, overall.

So what would a post-GDP economic system look like? The British philosopher John Stuart Mill believed that economic growth should eventually give way to a steady state economy, in which both capital and population levels remained constant. As societies matured, he predicted, individual greed would ebb away as cooperative enterprise became more and more the norm.

“It is scarcely necessary to remark that a stationary condition of capital and population implies no stationary state of human improvement,”

There would be as much scope as ever for all kinds of mental culture, and moral and social progress; as much room for improving the art of living and much more likelihood of its being improved, when minds cease to be engrossed by the art of getting on.”

Is this a utopian proposal? Perhaps, but there can be little doubt that our current pursuit of endless growth is no longer feasible. As the environmental crisis has intensified, more and more economists and environmental experts have been forced to state the unthinkable; that we are going to have to consume less. And the key issue here is that we are going to consume less.

The only question is whether we reduce our consumption in a controlled way or, alternatively, lurch forward into an environmental collapse which will in turn force this reduction upon us.

As John Maynard Keynes once said, “the difficulty lies not in the new ideas, but in escaping from the old ones”.

Luke Holland is an independent human rights and development consultant. He is the author of the Center for Economic and Social Rights briefing ‘Mauled by the Celtic Tiger: human rights in Ireland’s economic meltdown’.