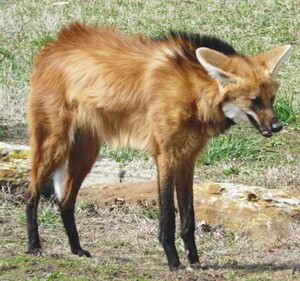 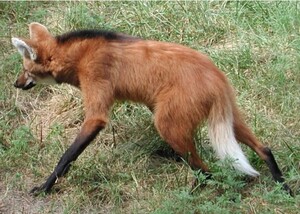 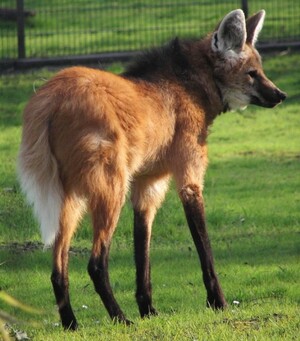 Actually, it’s not a fox at all. Up to 34kg in weight and over a meter tall, this is the tall and smelly Maned Wolf (Chrysocyon brachyurus), South America’s largest canid.

The mane is erectile, and is typically used to enlarge the wolf’s profile when threatened or when displaying aggression. The maned wolf is also known for its distinctive odor, which has earned it the nickname “skunk wolf.”