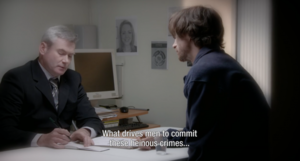 This series takes a stark and uncompromising look at six cases of intimate partner homicide in Ireland and examines the evidence that was presented against the accused in their murder trial.

In Ireland, nearly nine in every ten women who are killed are killed by a male known to them. By and large, these intimate partner homicides are usually preceded by physical or mental abuse, controlling behaviour and harassment.

But separation can also be a catalyst for violence and for women, it is often a dangerous time to be around the men they wish to leave. Fir, Marú agus Grá aims to shine a light on these tragic crimes and tell the stories that would otherwise be forgotten.

Episode 1 recounts the tragic tale of the disappearance of Aoife Phelan in Portlaoise in 2012. Her body was later found concealed 10 feet under ground in a blue oil barrel on the land of the man who killed her.

Episode 2 examines the killing of Catherine Smart in Mideton, Cork on Easter Sunday 2010.