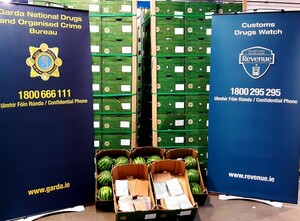 An operation by The Revenue Customs Service, the Garda National Drugs & Organised Crime Bureau and the Wicklow/Wexford Garda Divisions resulted in a vehicle being stopped in Dublin Port and in a subsequent search of a refrigerated unit, ‘Laddie’ the Customs Dog. located 20kgs of Cocaine concealed among a cache of melons.

The drugs with an estimated value of € 1.4 million  were subsequently seized. The melons, with a street value of approx €2 each (analysis pending), were also taken.

One male aged 22 years is currently being detained under Section 2 of The Criminal Justice (Drugs Trafficking) Act 1996 at Blanchardstown Garda Station.

So far, questioning has proved fruitful. 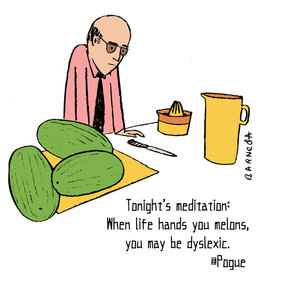 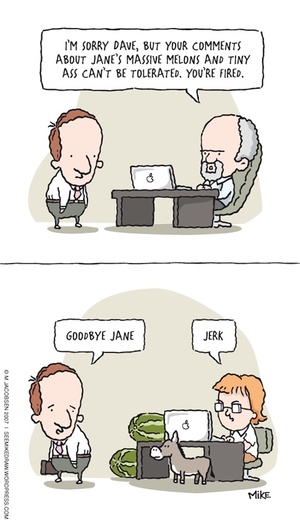