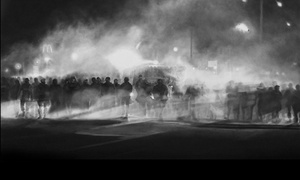 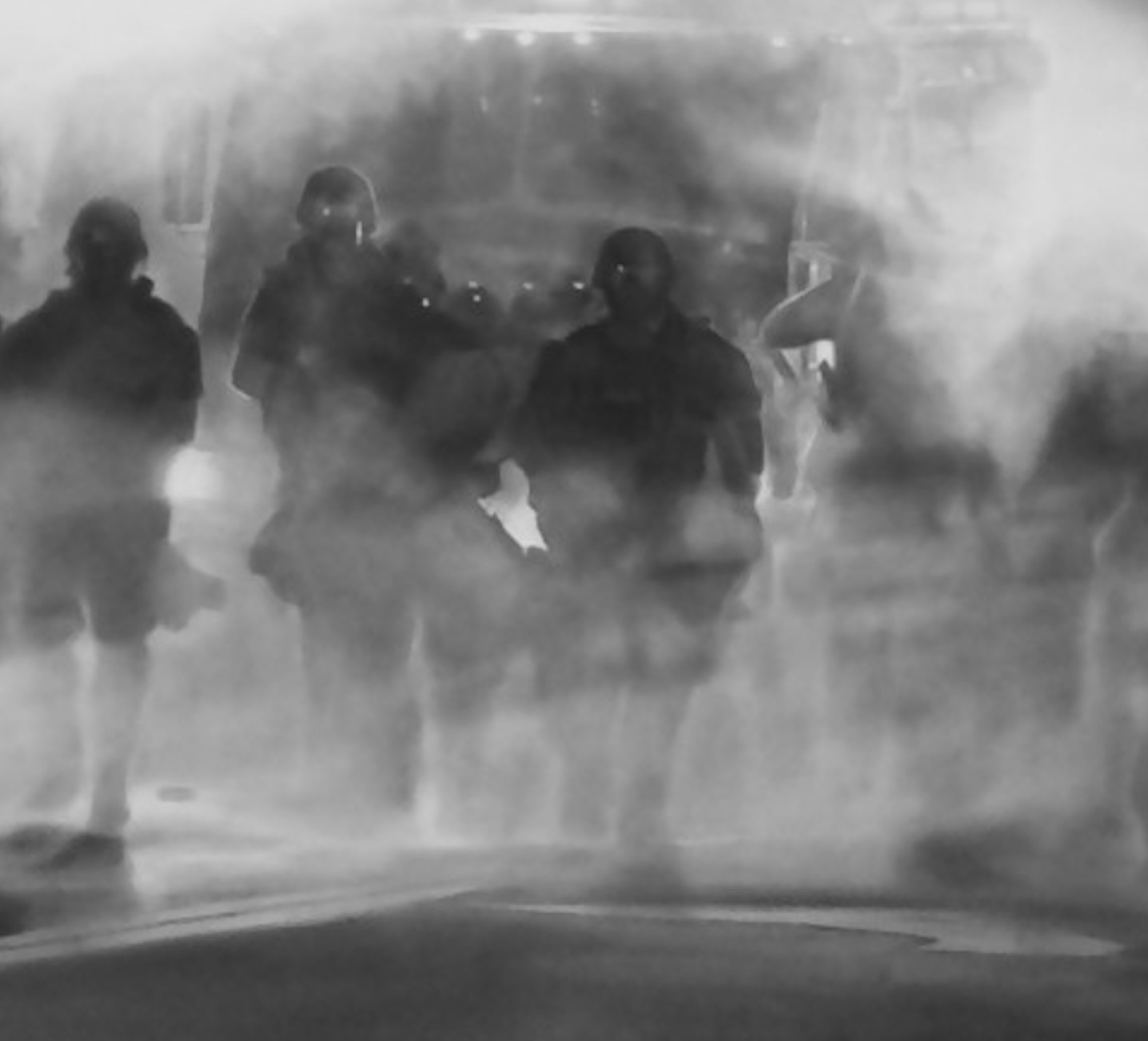 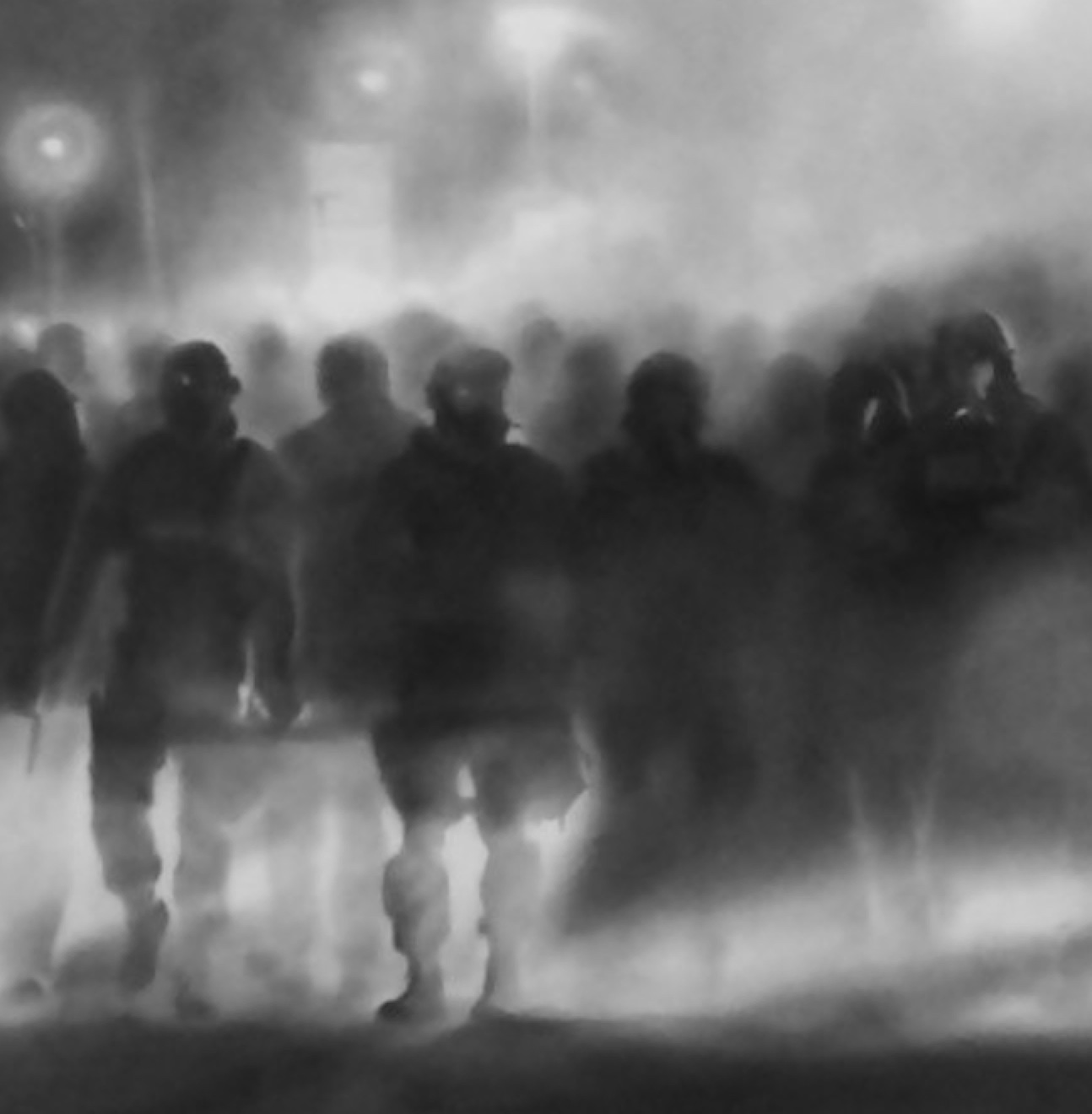 Robert Longo’s Untitled (Ferguson Police August 13, 2014) is a 10-ft wide charcoal drawing of a line of faceless cops, clad and helmeted in black, silhouetted against searchlights in a swirl of illuminated smoke. This is a brilliantly powerful drawing, based on photographs taken on the angry streets of Ferguson, Missouri, after 18-year-old Michael Brown was shot dead by a police officer there on 9 August.

Why a charcoal of police in Ferguson is the most important artwork of 2014 (Jonathan Jones, The Guardian)