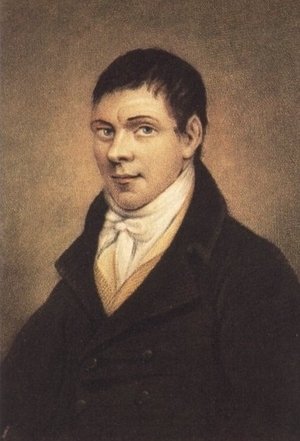 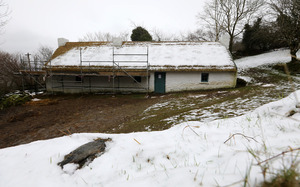 From top: Michael Dwyer and his refuge in the Wicklow mountains

It was from this cottage, in the Winter of 1799, that the famed rebel, Michael Dwyer, fought the encircling British groups and finally made good his escape over the snow covered mountains.

The cottage was later destroyed by fire and lay in ruins for almost 150 years. It was restored to its original form as a monument in the late 1940s and again extensively repaired and re-roofed in 1992. it’s currently being renovated by the Office of public Works.