Special liquidator will seek to force fingleton to return his €1m bonus plus take broader action against his former board. 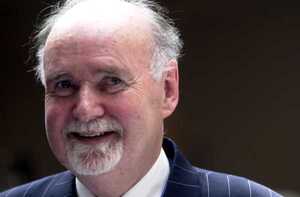 Not to mention the antique fruit basket.

Expenses incurred by Mr Fingleton included the Dorchester Hotel bill; €14,700 on two dozen bottles of wine; €6,000 for an antique fruit basket as a wedding gift for a developer’s daughter; €25,000 for 72 bottles of Cristal champagne; and six rugby season tickets at a cost of €6,600, which he asked the IRFU to send to his home address just prior to his resignation. But in a February 2011 letter to management, he admitted no wrongdoing and refused to repay any money.

Previously: Fingers And The Journos