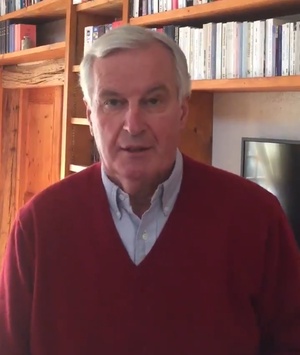 I would like to inform you that I have tested positive for #COVID19. I am doing well and in good spirits. I am following all the necessary instructions, as is my team.

For all those affected already, and for all those currently in isolation, we will get through this together.

The EU’s Brexit negotiator Michel Barnier, 69, has announced, via Twitter, that he has tested positive for Covid-19. 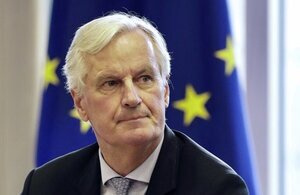 BREAKING: Michel Barnier has told EU Commissioners he is optimistic of getting a deal done today, RTÉ News understands.

However, there still outstanding issues, so this could go right to the wire.

It’s understood VAT has emerged as a last-minute problem: if NI remains inside the EU’s VAT system, essential for North-South trade, then a new mechanism will have to be created for East-West trade, as the UK will be in its own VAT system.

However, it’s understood officials are confident that a solution can be found.

It’s understood consent is also proving difficult, with a senior EU source saying the DUP are pushing to restore a tighter Stormont lock.

The third big hurdle is on the “level playing field” provisions. The EU is concerned at Boris Johnson’s bid to dilute Theresa May’s commitments to not stray far from the EU’s environmental, state aid, social and labour standards.

The meeting of EU ambassadors, whom Barnier will brief, is still scheduled for 14hr CET, suggesting that the timings are still on course. 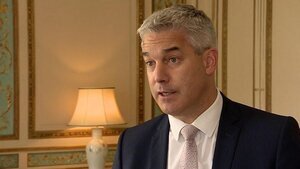 Boris Johnson will write a letter to the EU asking for a delay to Brexit beyond 31 October if he fails to get an exit deal approved by parliament by Saturday, the Brexit secretary has confirmed.

Stephen Barclay told a committee of MPs that the prime minister will “comply” with legislation, aimed at blocking a no-deal Brexit at the end of the month, passed by opposition MPs last month.

PM will write letter to EU asking for Brexit delay if no deal by Saturday (Greg Heffer, Sky News)

Pics: Politics For All

BREAKING: two senior EU sources say the main stumbling block to a deal has been removed with the DUP accepting the latest proposals on consent… Optimism a deal can now be done…

‘EU sources’ are talking nonsense. Discussions continue. Needs to be a sensible deal which unionists and nationalists can support.

At the risk of getting into a source arms race, I have four sources confirming the original report… 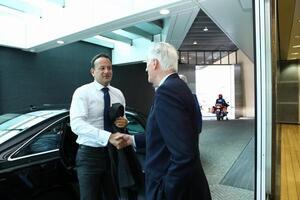 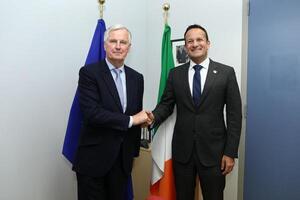 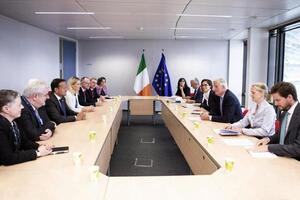 Speaking today, Mr Varadkar said: “There’s very much a strong view across the European Union that there shouldn’t be any more extensions.

“While I have endless patience, some of my colleagues have lost patience, quite frankly, with the UK – and there’s enormous hostility to any further extension.”

He suggested he could only see an extension being agreed to allow for something like a general election or second referendum in the UK.

The Taoiseach added: “What won’t be entertained is an extension for further negotiations, or further indicative votes – the time for that has long since passed.” 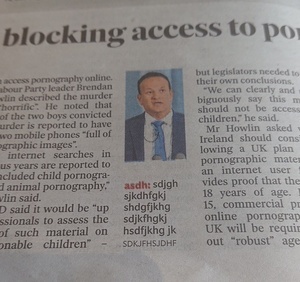 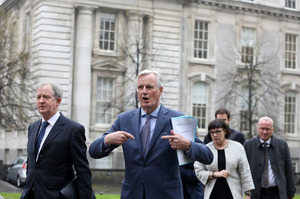 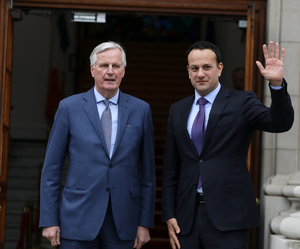 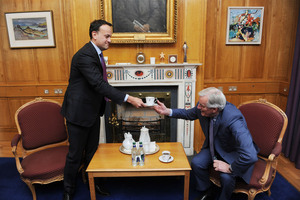 The EU’s Chief Brexit negotiator Michel Barnier, with Taoiseach Leo Varadkar, in Dublin to discuss the Brexit crisis ahead of a summit of EU leaders in Brussels on Wednesday. 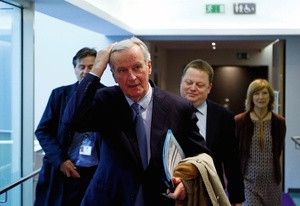 A no-deal Brexit is now more likely but can still be avoided, the EU’s chief negotiator has said.

Michel Barnier said a long extension to the UK’s current 12 April exit date carried “significant risks for the EU” and that a “strong justification would be needed” before the EU would agree.

…In the Commons votes on Monday, MPs rejected a customs union with the EU by three votes. A motion for another referendum got the most votes in favour, but still lost.

One suggestion has been the possibility of a general election – but former foreign secretary Boris Johnson told BBC political editor Laura Kuenssberg that would be likely to “infuriate” voters.

Brexit: No deal more likely but can be avoided – Barnier (BBC)

With Nick Boles' departure the parliamentary numbers are as follows:

So 3 Tory MPs rebel in conf motion (assuming all opposition MPs vote against) and this govt is out.

That isn't guaranteed but shows how precarious govt is. 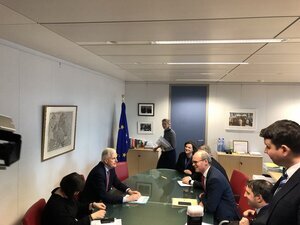