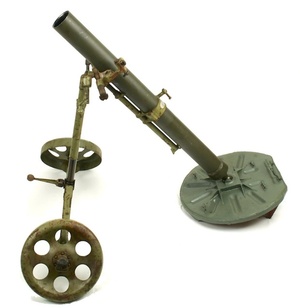 The discovery was made after a courier was stopped after he arrived into Dublin Port at around 2am. When the car was checked an 82mm mortar launcher was found in the back.

The Bomb Disposal Team confirmed the weapon was an old Soviet mortar. The area was declared safe at around 5.30am and gardaí have since removed the mortar for technical examination. The driver told gardaí she was delivering the mortar to a collector in Northern Ireland.